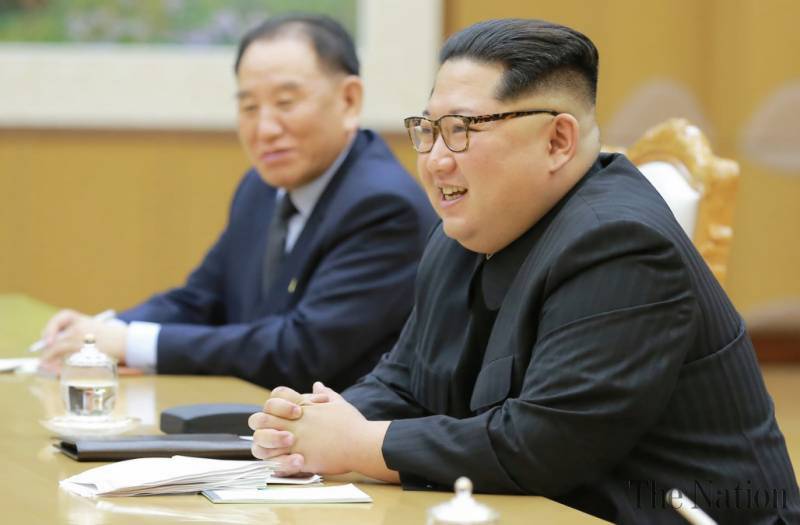 BEIJING - Speculation intensified Tuesday that North Korean leader Kim Jong-Un was in Beijing for a surprise visit, after Japanese media reported the arrival of a special North Korean train met by an honour guard under tight security.

If confirmed, it would mark Kim’s first overseas trip since coming to power in 2011 and signal an intriguing twist in a fast-developing diplomatic exercise that has opened the door to separate summits between Kim and the presidents of South Korea and the United States in the next few months.

Some analysts had suggested China — the North’s only major ally — had been sidelined by the overtures from Pyongyang to Seoul and Washington, but a visit by Kim would put Beijing firmly back at the centre of the diplomatic equation.

'They’re concerned about being left out, with the North Koreans directly cutting a deal with the Americans that doesn’t necessarily reflect Chinese interests,' said Bill Bishop, publisher of the Sinocism China Newsletter.

A possible visit was first reported by Japan’s Kyodo news agency, citing unidentified sources as saying that a high-ranking North Korean official had arrived in the Chinese capital on Monday afternoon.

Japanese broadcaster Nippon TV showed footage of a train — similar to that used for foreign visits by Kim’s late father Kim Jong Il — pulling in to Beijing train station and being met by a military honour guard and a convoy of black limousines.

The manager of a store at the plaza outside the station said the station had been blocked off for a period in the afternoon with a heavy police presence.

At the Diaoyutai guest house, where Kim Jong Il stayed during his visits to Beijing, there was an unusually heavy police presence with officers stationed every 50-100 metres in front of the imposing compound.

An AFP photographer saw a motorcade of limousines leave the guest house under a police escort on Tuesday morning.

There was no mention of any visit by either the Chinese or North Korean state media, and a Chinese foreign ministry official told a regular press briefing Monday that she was unaware of reports that North Korean officials were spotted at a train station in the northeastern border city of Dandong. - APP/AFP