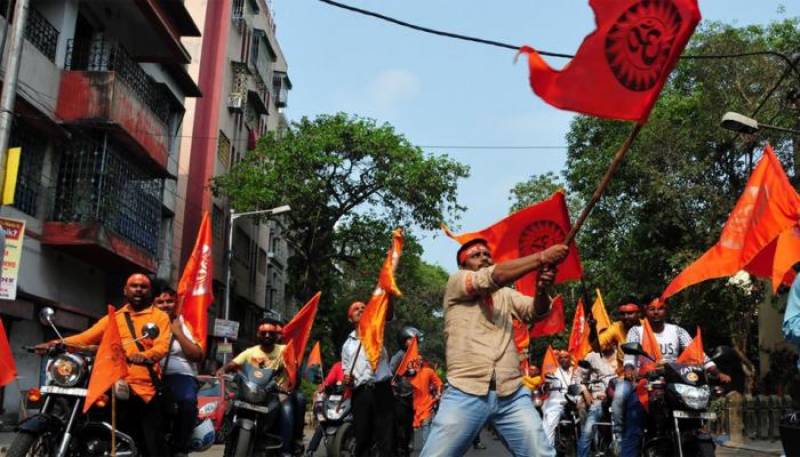 NEW DELHI- Massive clashes broke out in Asansol's Raniganj, India during Ram Navami celebrations. Deputy Commissioner of Police is reported to have sustained injuries in his forearm as miscreants hurled bombs at him and other police officials.

Several groups had taken out procession in Raniganj to celebrate the birth of Lord Rama. As per reports, the procession while passing in front of a mosque, began sloganeering. On being confronted by the police, they started pelting stones at them. Soon after, the mob also hurled crude bombs in which a senior police officer was injured. He was rushed to a hospital in Asansol. Later, he was shifted to a private hospital in Durgapur.

On the other hand, one person was killed and five police personnel were injured during a clash between two groups over a Ram Navami procession in Purulia in West Bengal. The incident took place on Sunday.

While the Purulia SP Joy Biswas confirmed that one person was killed in the clash, the Additional Director General of Police (Law and Order) Anuj Sharma said five police personnel, including a deputy superintendent of police-rank officer, were injured after violence that erupted between two groups over the Ram Navami procession in the Arsha police station area, as per *PTI*.

The ruling Trinamool Congress (TMC) and the Opposition BJP had organised processions to celebrate Ram Navami in various parts of the state.