Iran hits back harshly over US envoy to Kabul remarks
27 Mar, 2018 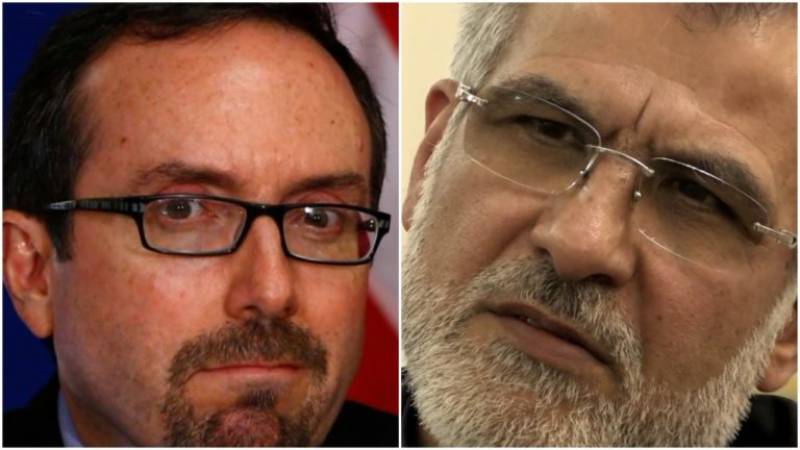 *TEHRAN - The Iranian ambassador to Afghanistan, Muhammad Reza Bahrami has harshly reacted to the new anti-Iran remarks made by the U.S. envoy to Kabul.*

In an interview with BBC, Bass said there are strong proves that show Iran is supporting Taliban at different levels, warning that this could bring insecurity to the eastern borders of Iran.

“What I know, is that Iran is providing logistic support for Taliban, of course this is a little bit complicated, especially when Iran’s Revolutionary Guard Corps is involved in providing support for Taliban. That’s difficult for us to know why Iran is fueling the war in Afghanistan, a war that could insecure Iran’s eastern borders”, said Bass in the interview.

However, Iranian envoy Bahrami rejected the U.S. claims and stated that the country should show and submit legal documents to the Afghan government and prove it.

Bahrami declared that the U.S. wants to follow its failure in Afghanistan after losing in Iraq and Syria war.

“We announced that we have contacts with the Taliban. But there is a difference between having contact and relation. The contacts are limited and targets are completely specified,” he said.

This comes as the Afghan Ministry of Foreign refused to comment regarding the reaction of Iran against U.S.