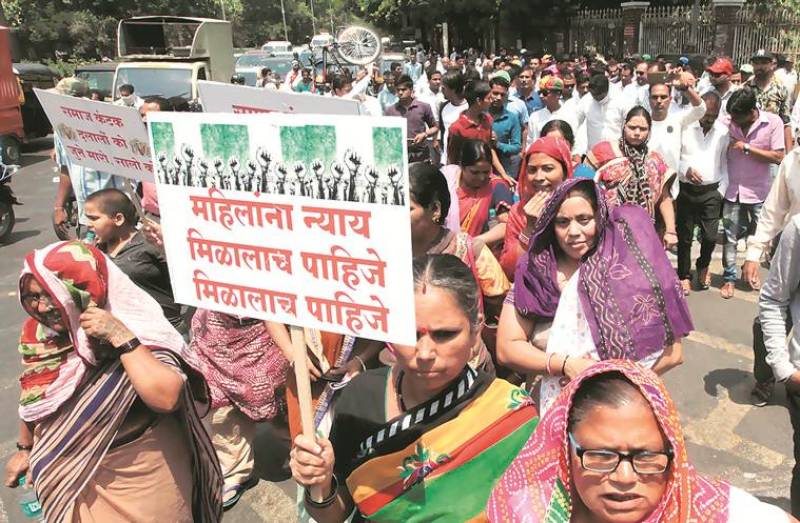 NEW DELHI - Hundreds of women belonging to the Kanjarbhat community on Monday took part in a march to the district collector’s office. They submitted a memorandum seeking action against the group that has been campaigning against the practice of “virginity tests” of brides within the community, Indian Express has reported.

The memorandum, handed over to the Resident District Collector, Rajendra Muthe, by an all-woman delegation said the tradition of “virginity tests” in the community was to ensure that “character, values in the family is protected”. It claimed that every woman in the community honoured the “great tradition” by considering it a “Lakshaman Rekha”. The Kanjarbhat community is a nomadic tribe in Maharashtra.

The march and the memorandum came within two days of a fresh incident of a possible motivated attack on the group of youths that is campaigning against the “virginity tests”. On Saturday, three motorbikes belonging to members of a WhatsApp group named “Stop The V-Ritual” that is running the campaign, were found to have been damaged. Members of the group had come under attack earlier as well.

The community members who took out the march on Monday blamed the group for filing false police complaints, creating hurdles in traditional rituals followed by the community, defaming women of the community, and making baseless allegations against the caste panchayat.

“Girls in the Kanjarbhat community are given proper education, freedom. Beti Bachao, Beti Padhao movement has been going on in the community for the last 500 years. But the government officer, Krushna Indrekar from Mumbai, Vivek Tamaichikar, Priyanka Tamaichikar of Pimpri, Siddhant Indrekar of Yerwada, Surabh Machhale of Wadgaonsheri (all members of WhatsApp group) are defaming the women in the community by making baseless allegations… Nobody is socially boycotted by the community. But the Maharashtra Andhashraddha Nirmulan Samiti is consistently making statements that caste panchayat members should be booked under the law against social boycott,” the memorandum stated.

Ganesh Machhare, one of those present at the march, said the resident district collector had listened to their demands and assured them that he would look into the matter. He claimed the official had also promised to take up the matter with Pune Police Commissioner Rashmi Shukla.