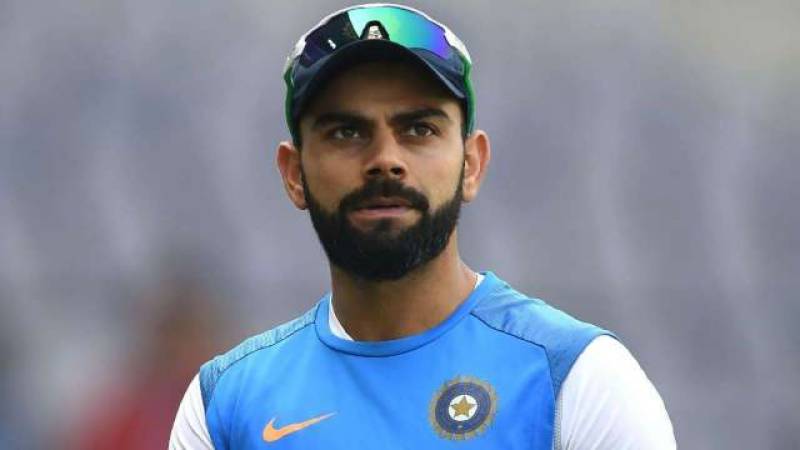 NEW DELHI - Indian captain Virat Kohli will face the biggest test of his career during the tour of England in July.

The talismanic batsman has scored heaps of runs in pretty much every country he has played in. Except England, of course. Kohli averaged merely 13.40 during India's last tour of England. The away-moving ball caused tremendous trouble to the right-hander, with James Anderson getting the better of him through the series.

Now, as India go about trying to establish themselves as the finest Test team in world cricket, a lot will depend on how Kohli performs in the all-important tour of England. Team India will first play three T20s, followed by as many ODIs, and finally five mouth-watering Tests.

In order to give himself the best possible chance to succeed, Kohli has decided to play English County Cricket as soon as the upcoming season of the Indian Premier League ends. The 29-year-old will play a few matches for Surrey, hoping to fine-tune his skills.

However, there is one man who isn't at all pleased with Kohli preparing for the England Test series by playing County cricket. That man is legendary English fast-bowler Bob Willis.

The 68-year-old strongly believes that the participation of international cricketers in England's County Championship is unfair to local fringe players.

“I can’t stand overseas players in county cricket. It doesn’t benefit the players stranded in the second XI year on year and the youngsters. The only way to improve our Test team is to have as many England-qualified players playing in the County Championship as possible,” he was quoted as saying by Sky Sports.

Willis also stated that the idea of Kohli getting practice in English conditions before a crucial Test series is 'nonsense', and that the Indian captain 'should be made to suffer and average 30 in England as he has done before'.

“Instead, they’re going to pay Kohli, presumably, five figures a match so he can hone his skills in English conditions before a Test series.