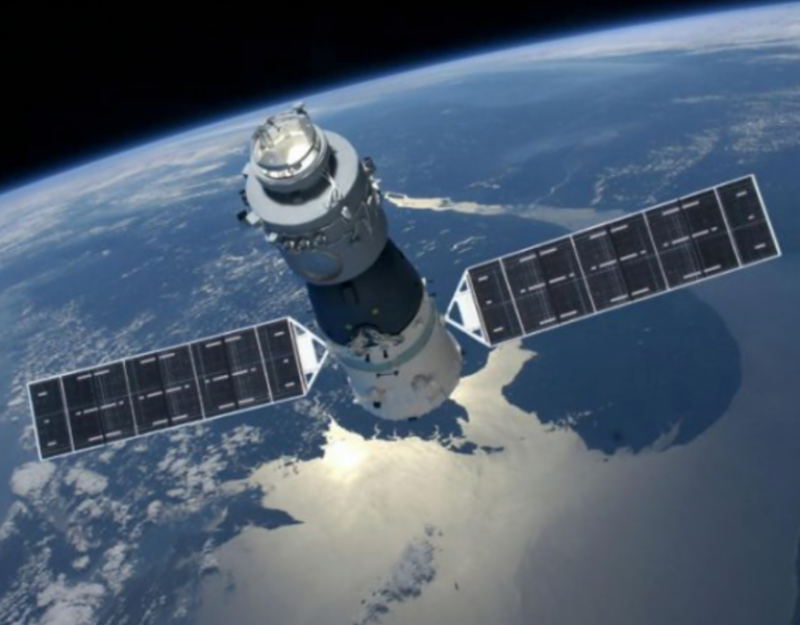 BEIJING- China's first prototype space station, the Tiangong-1, is due to crash to Earth between March 30 and April 2 in an uncontrolled re-entry into the atmosphere, according to the European Space Agency’s latest prediction.

It settled into an orbit about 217 miles (350 kilometers) above Earth <link>without anyone aboard.

However, the satellite is not expected to survive re-entry into the Earth’s atmosphere and is expected to fall out of orbit in the beginning of April.Most of Tiangong-1 will break apart and burn up in Earth's atmosphere, but some of the space station’s more solid pieces will probably survive re-entry, experts have said.

A number of cities are within the danger zone, although it is most likely that the station will hit an ocean or barren land.

Nevertheless, according to US media reports, scientists have warned Spain, Portugal, France and Greece that Tiangong-1 could land within their borders.

The satellite is currently still orbiting the Earth at 17,500 miles per hour.

Tiangong-1 was designed to stay in space for just two years and the Shenzhou-10 visit marked the end of the space lab's operational life. After that, China put it into "sleep mode" announcing in March 2016 that the Tiangong-1 had stopped sending data back to its handlers. So a controlled re-entry was no longer possible.

However, the chances that a piece of Tiangong-1 will hit a person are less than 1 in 1 trillion, according to an FAQ published by The Aerospace Corporation.