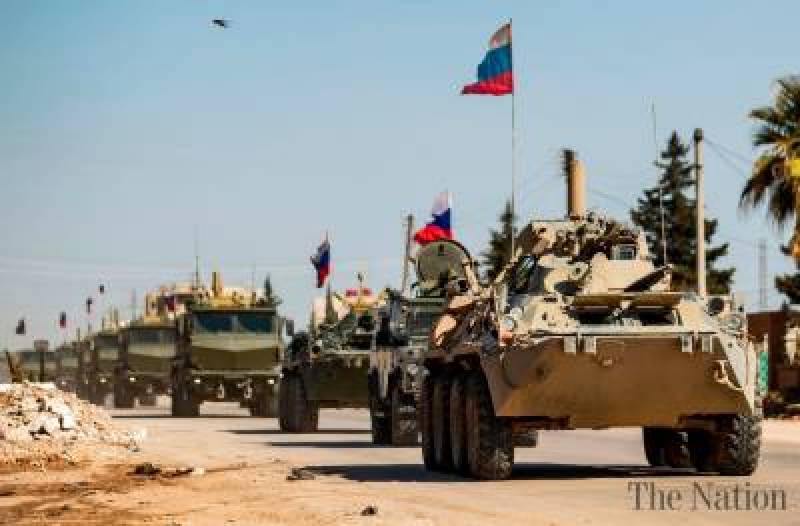 The report said that the U.S. intelligence apparatus has known for months about the alleged efforts of the Russian military intelligence unit, which reportedly provided rewards to militants for successful attacks last year, as the Trump administration engaged in peace talks to end the nearly two-decade long war.

U.S. troops were among the targeted coalition forces, according to the Times, which reported that some militants or associated entities are believed to have received reward money.

While 20 Americans died last year in combat in Afghanistan, it is unclear how many — or which specific cases — are linked to the killing bounties, the Washington-datelined report said.

President Donald Trump and other intelligence officials on the National Security Council reportedly discussed the matter in a meeting in late March, where they weighed a series of potential responses. However, no formal steps have been made, the Times reported.

The newspaper's sources said they were unclear why there has been a delay. The motivations of the Russian intelligence unit's alleged efforts are also unclear, the report said.

Meanwhile, Russia on Saturday denounced the newspaper report as “baseless” and dangerous.

“We do not comment on alleged NSC internal deliberations," NSC spokesman John Ullyot was quoted as saying in American media reports.

The report about Russia’s alleged actions also comes as the White House and the country grapples with a growing crisis from the coronavirus pandemic, with cases surging in a number of states.

After nearly 20 years of fighting the Taliban, the United States is looking for a way to extricate itself from Afghanistan and to achieve peace between the US-backed government and the Taliban, who controls swathes of the country.

On Feb 29, the United States and the Taliban struck a deal that called for a phased US troop withdrawal.

US troop strength in Afghanistan is down to nearly 8,600, well ahead of a schedule agreed with the Taliban, in part because of concerns about the spread of the coronavirus, US and NATO officials said in late May.

Trump has generally sought to maintain an accommodating relationship with Russia, including recently seeking to invite Russian President Vladimir Putin to an expanded meeting of the Group of 7 countries. He has also previously indicated that he believed Putin’s denial about interfering in the 2016 election, despite US intelligence community’s conclusions.