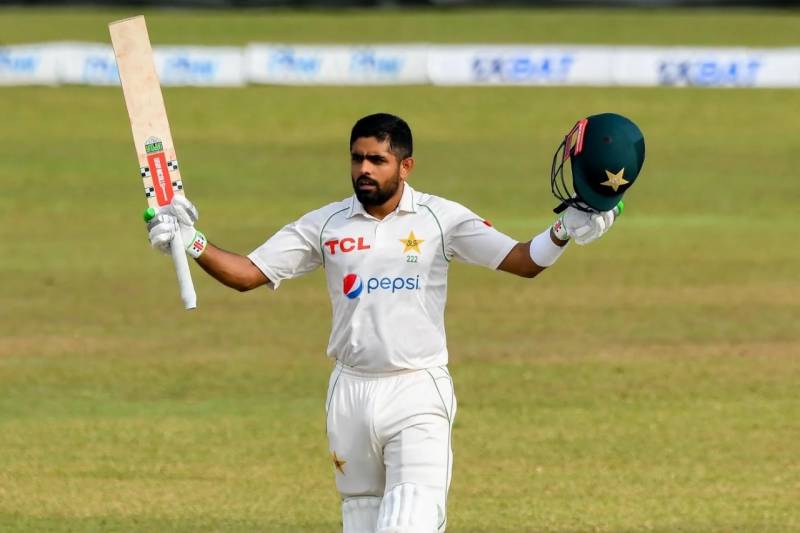 LAHORE – Pakistani skipper Babar Azam achieved the feat to become the only batter in the top three of the ICC rankings in all formats of the international cricket.

The star batter, who is closer in his quest to be titled as the No.1 batter in all three formats of the game, was ranked at number 3 in the ICC Rankings for Test batters as he outclassed top Australian player Steve Smith.

Babar sets the unique record for Men in Green after his heroics in the first Test against Sri Lanka in Galle. He already dominated ODI and T20I batting charts, while in Tests, the 27-year-old now trails Aussie player Marnus Labuschagne by 11 points while the list is headed by England's Joe Root.

Pakistani skipper also etched his name for becoming the seventh captain for Pakistan to have crossed the 1,000 Test runs landmark.

The right-handed batsman earlier mentioned that it was his long-time dream to become the No.1 ranked batter in all three formats of the game and the recent rankings rise sees him advance that little bit closer to achieving his goal.

Babar wasn’t the only Pakistan player to advance on the latest rankings, as young blood Shaheen Shah Afridi also rose on the list for Test bowlers.

Pakistani players continue to dominate in the rankings of all formats however Sri Lanka lately set a huge 508-run target for Pakistan in the ongoing second Test at the Galle International Stadium.