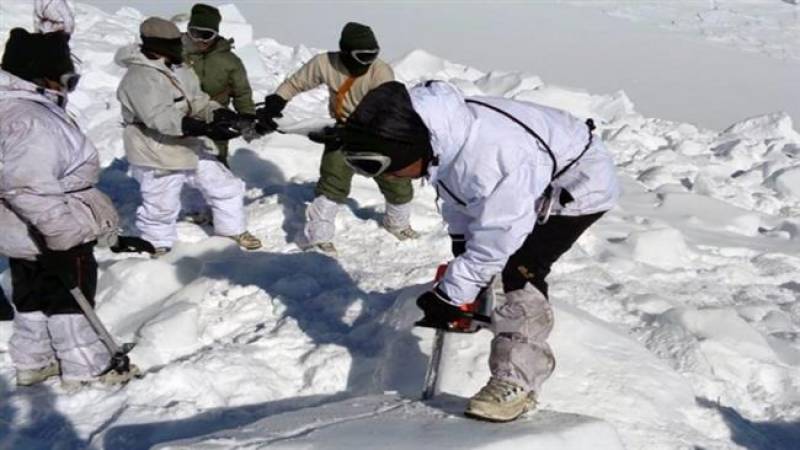 SRINAGAR: (APP) Rescuers retrieved the bodies Friday of another four Indian soldiers buried beneath tonnes of snow in Indian occupied Kashmir (IoK), taking the death toll from a series of avalanches to 20, the military said.

The disaster struck an Indian army post and a patrol along the Line of Control.

All eleven members of the patrol, that was approaching a border post along the Line of Control (LoC), were killed.

Another separate torrent of snow in the same remote Gurez area buried three other troops at an army post.

The bodies of ten soldiers were pulled from the snow Thursday.