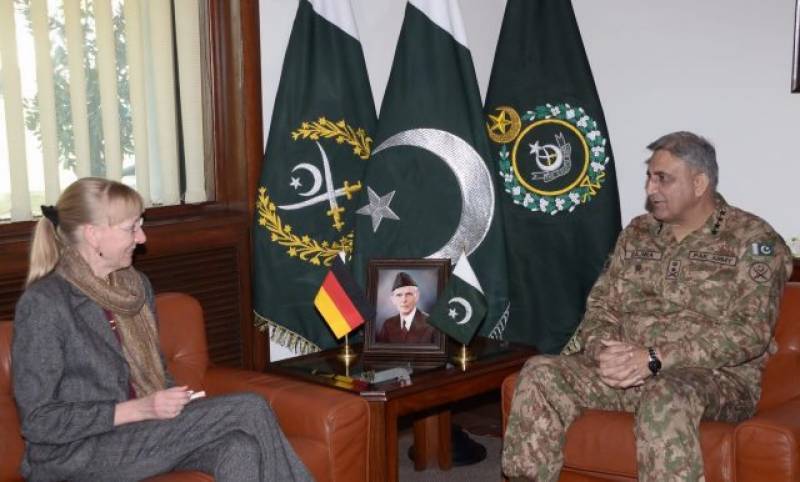 Germany has acknowledged Pakistan's achievements in fight against terrorism and continued efforts for peace and stability in the region.

This was stated by German Ambassador to Pakistan Ms. Ina Lepel during a meeting with Chief of Army Staff General Qamar Javed Bajwa in Rawalpindi on Friday.

Matters of mutual interest and regional security issues were also discussed during the meeting.