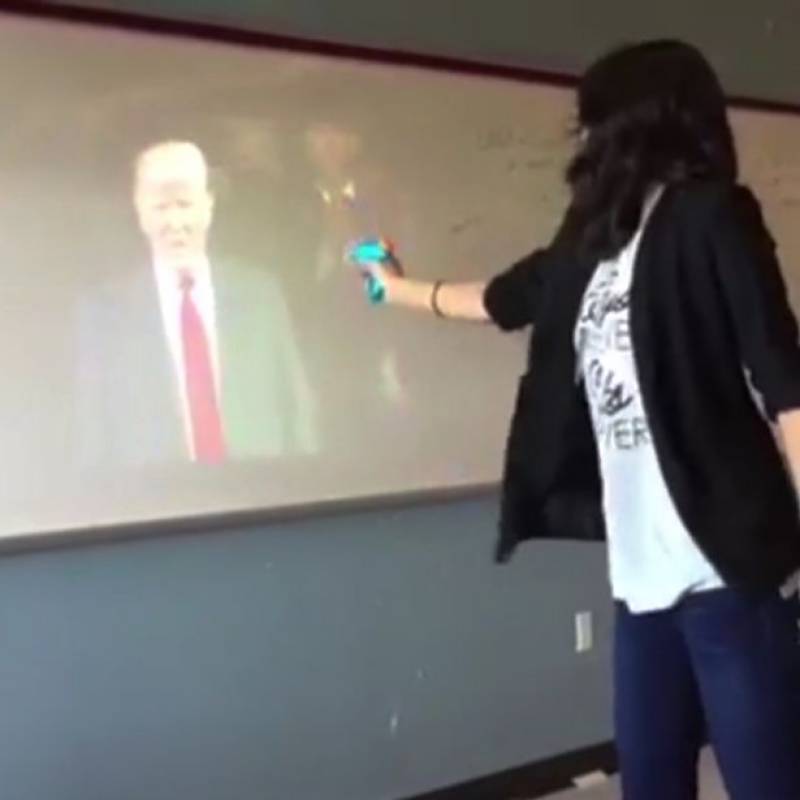 American teacher has been suspended over a video of her shooting President United States Donald Trump with a water gun in her classroom and yelling ‘die’ at him.

The art teacher, Payal Modi’s video clip went viral after the teacher posted it on her Instagram account in which she can be seen firing with water gun at an image of the US president during a broadcast of his inauguration projected on white board.

It could not be clear whether the laughter at the background in the eight-second clip was of children or some other guys at the school in Dallas, Texas.

The clip sparked fury among some, while others defended the teacher calling it mere ‘a joke’.

Dallas Independent School District told Dallas News in a statement, “Today, we were made aware of a social media posting being circulated involving a teacher at W. H. Adamson High School.

“The teacher has been placed on administrative leave and the district has opened an investigation. This is a personnel matter and, as such, we cannot comment.”