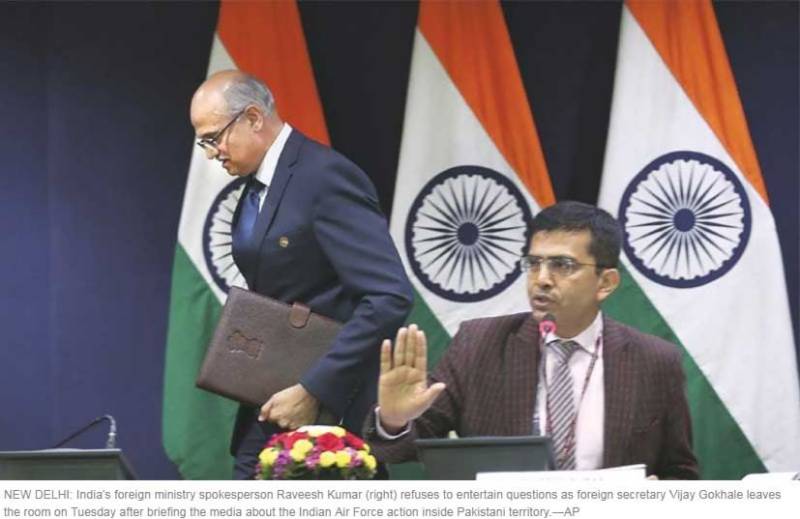 The events unfolding after the violation of Pakistan's airspace by India, have raised questions over New Delhi's claims about hitting an alleged terrorist camp near Balakot.

Associated Press News Agency of the United States says that the Indian Foreign Secretary Vijay Gokhale read out a written statement while briefing newsmen about the Indian Air Force action and left the room without taking any questions.

Another major international media outlet, BBC carried out a report based on interviews with local residents in Jabba, Balakot, who said they heard five explosions in which some huts were hit and trees uprooted but no one was killed.

He said what they hit is speculation for now.

Earlier, Pakistan had also rejected the Indian claims of hitting an alleged terrorist camp near Balakot where the Indian warplanes hastily released their payload in an open area while scampering back.