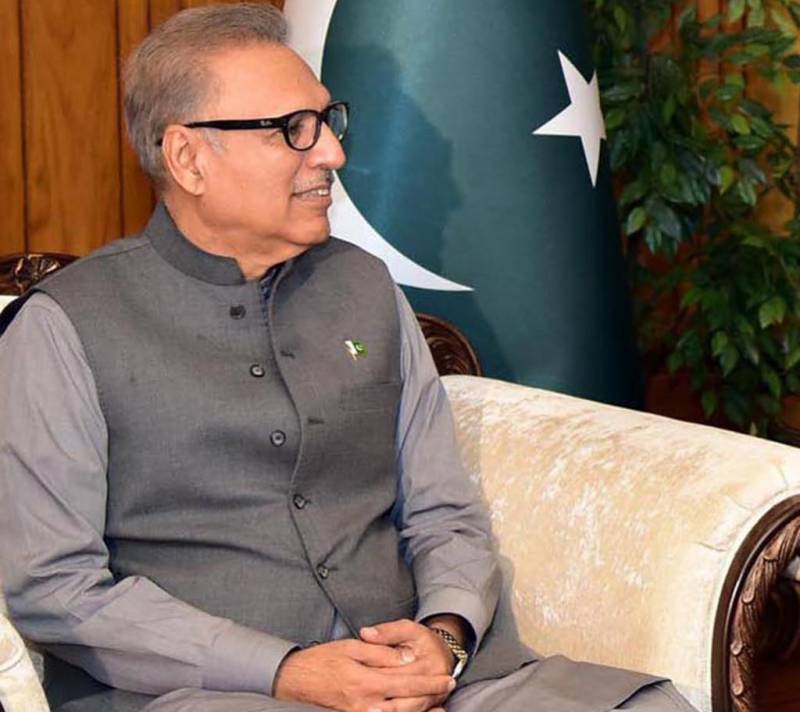 ISLAMABAD: President Dr Arif Alvi called for establishment of more app incubators in the country for development of mobile phone applications to improve the health, education and other social and economic sectors, taking the advantage of innovations in the field of technology.

Addressing the concluding ceremony of two-day international conference on ‘Collective Action for Knowledge Economy with Technology (Cake-Tech) held by Allama Iqbal Open University (AIOU), the president emphasized for acquainting the children about the latest technological developments and innovations.

The event was organized by the AIOU in collaboration with Qarshi University, University of Veterinary and Animal Sciences and University of Management and Technology.

The President said the knowledge economy had multiple dimensions and it was increasing in a phenomenal way.

He said the companies and organizations which had identified and realized the importance of data had excelled in the world. He said seven out of 10 top companies of the world were based on data like Facebook, Twitter, Apple, Microsoft, Google, Alibaba and others.

He also recalled his efforts for reaching out to his supporters through technology besides using digital maps to analyze the demographics of the constituency.

However, he viewed that there was a gap between the information boom and the users in Pakistan which needed to be bridged to take full advantage of the modern developments.

He said the technology has transformed schools by placing knowledge from books to the cloud.

President Alvi was of the view that if Pakistan had to come at par with developed nations, it would have to bridge the knowledge-gap, by focusing on new methods of learning.

The communication technology and available information data could be used as a tool for rapid socio-economic development, he asserted.

He said using the data, China had introduced barefoot doctors and Pakistan would also follow the suit under President’s Initiative of Artificial Intelligence. The president said he saw a bright and prosperous future of the country, as they were now moving ahead achieving the Sustainable Development Goals (SDGs) by adopting innovative and creative tools and techniques.

Earlier, the vice chancellor of AIOU and Rector Virtual University presented a souvenir to the president.

In his address, the AIOU VC said science and technology and innovations were tool for sustainable development.

He said the two-day conference had deliberated over the technological developments in the perspectives of Millennium Development Goals and SDGs.

He said unfortunately, Pakistan’s performance in this regard had been unsatisfactory including education, health, hygiene, food security and energy sources.

The conference’s participants, he said, took a holistic view, as how best the sustainable development could be ensured in various sectors. They, he added, emphasized the need of maximum use of digital communication devices, like mobile phone for achieving the desired results in the socio-economic sectors.

The AIOU, he said, would be looking forward to enhance its collaborative partnership with the national and international organizations for achieving goals of knowledge economy and the targets of quality education.

The foreign delegates including Otta Eventh from Norway and Huang Ronghuai and Natalie from China also shared their impressions about the conference and believed that it would help enhance collaborations between the institutions in Pakistan and other countries to share their expertise and knowledge.

In his remarks, Dr Muhammad Nawaz, Advisor Qarshi University said 72 percent of 139 million mobile users in Pakistan used cellular phones daily. The conference had deliberated as how to use this huge source of outreach for creating awareness, poverty alleviation, entrepreneurship, gender education, women empowerment and other fields of social development.