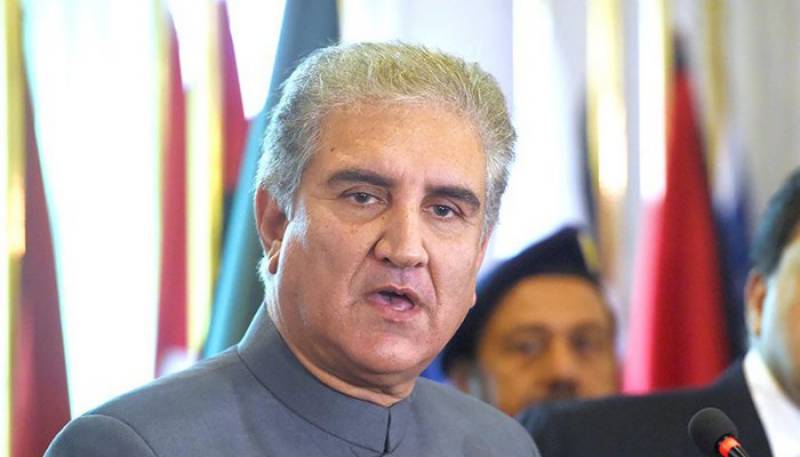 ISLAMABAD: Foreign Minister Shah Mehmood Qureshi on Wednesday said he will not attend a meeting of the Organisation of Islamic Cooperation (OIC) scheduled for next month if Indian External Affairs Minister Sushma Swaraj participates in it.

The Indian minister has been invited as a "guest of honour" at the inaugural session of the foreign ministers' conclave in Abu Dhabi next month.

Speaking to Geo Pakistan, Qureshi said, "I have no reservations with OIC or any other Islamic country. My reservations are with Indian Foreign Minister Sushma Swaraj's attendance at the OIC meeting."

"If Swaraj attends the meeting then I will not participate in it," the foreign minister asserted.