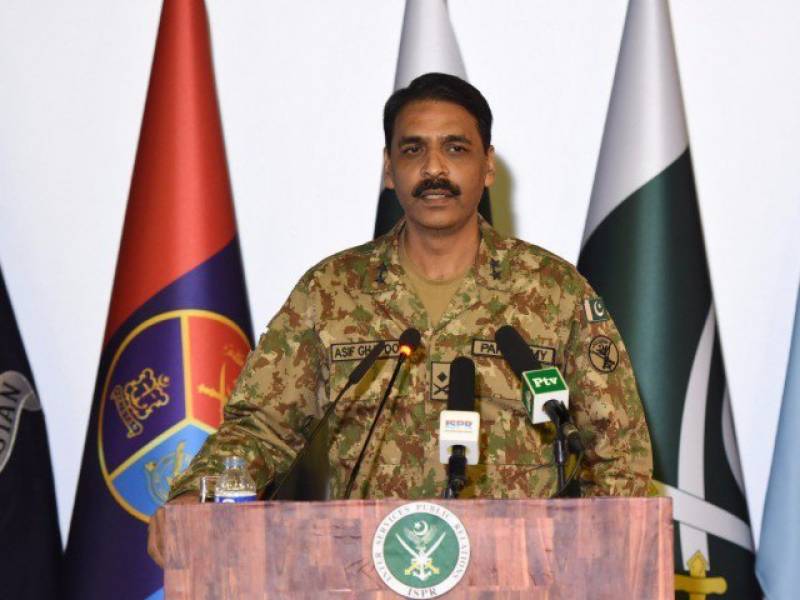 While addressing a press conference, Ghafoor said that Pakistan acted as a responsible state. “We decided to retaliate but we did not want to target civilian population hence we set six targets and we hit those six targets while remaining inside our airspace,” he said.

The ISPR DG further said that two Indian Air Force (IAF) entered in the airspace of Pakistan in Azad Kashmir and PAF responded to it in time and shot down both aircraft.

“We did it in self-defence and we are not celebrating as a war victory because no one emerges as a winner in a war rather on humanity suffers,” he said.

Pointing out the Indian media claims about PAF’s F-16 being shot down by IAF, ISPR DG said that PAF did not use F-16 in this whole operation.

Talking about future course and bilateral relations between Pakistan-India, Ghafoor said that Pakistan do not want war as “we are a peace-loving and responsible state.” he said.

“As Prime Minister Imran Khan earlier denounced the war and its repercussions, we want peace in the region and once again offer India to come to the table and discuss the mutual issues,” Ghafoor stated, adding that peace is the ultimate solution for both countries and the region.

ISPR DG also showed the maps, guns and other items retrieved from the Indian jets.