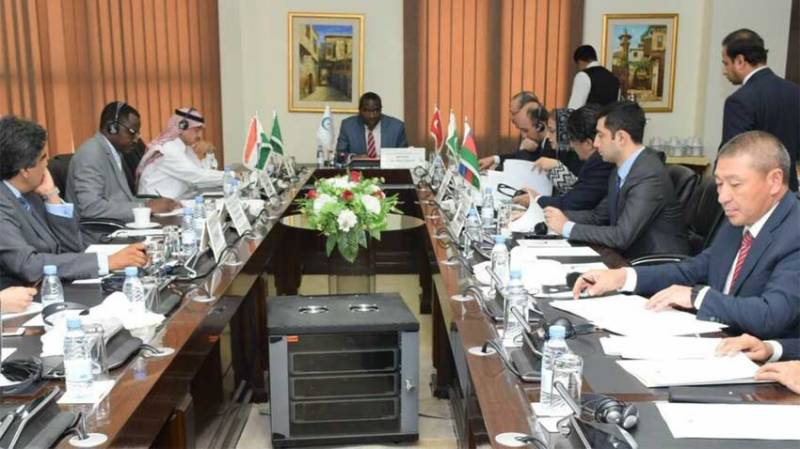 The Organization of Islamic Cooperation Contact Group on Kashmir in its meeting in Jeddah condemned Indian violation on the Line of Control against an OIC founding member state.

The OIC stated this in a series of tweets, the Organisation Secretariat said the OIC condemned the Indian incursion and aerial violation and dropping of four bombs in Pakistani frontiers.

It urged India and Pakistan to exercise restraint and avoid any steps that would endanger peace and security in the region.

The OIC also called for immediate de-escalation in the region.

Meanwhile, the OIC Contact Group on Jammu and Kashmir held an emergency meeting at the OIC General Secretariat in Jeddah on 26th February 2019 ahead of the 46th Session of the Council of Foreign Ministers to be held in Abu Dhabi, United Arab Emirates on 1-2 March 2019. The meeting expressed deep concern over the heightened tension in the region and called for immediate de-escalation.

The meeting was chaired, on behalf of the Secretary General by Assistant Secretary General Amb Hameed A. Opeloyeru, and attended by Foreign Secretary of Pakistan Tehmina Janjua, and the Permanent Representatives of Azerbaijan, Turkey, Saudi Arabia and Niger as well as the President of Azad Jammu and KashmirMasood Khan.

In his opening remarks, speaking on behalf of the OIC Secretary General, the Assistant Secretary General strongly condemned the recent wave of repression, brutal killing of innocent Kashmiri civilians by the Indian occupied forces, frequent incidents of rape especially of minor girls. He reiterated OIC’s principled position on supporting the people of Jammu and Kashmir in achieving their legitimate rights, including the right of self-determination. He also emphasized that conflict shall be resolved in accordance with the aspiration of the Kashmiri people and the OIC and United Nations resolutions.

Pakistan Foreign Secretary apprised the participants on the recent Indian threats to regional peace and security and continued Indian repression and recent escalation in atrocities against the innocent Kashmiris. The Foreign Secretary reaffirmed Pakistan’s political, moral and diplomatic support to the people of Indian Occupied Kashmir in their just struggle to achieve the inalienable right to self-determination. She recalled Pakistani Prime Minister’s concrete offer for dialogue to India.

The Contact Group appreciated Prime Minister of Pakistan’s offer for peace and dialogue to India to resolve all issues. The members of the Contact Group reiterated their continued support to the people of Jammu and Kashmir. They called on India to immediately stop repressive security operations against the people of Jammu and Kashmir, respect the fundamental and basic human rights and address the dispute in accordance with the relevant OIC and United Nations Security Council resolutions on the subject as well as the wishes and aspirations of the Kashmiri people, the principle of self-determination and human rights.

The Contact Group called on the OIC and the UN Secretaries General to use their good offices to put an end to the dangerous escalation by India, which threatens regional peace and security. It was underscored that priority should be given to peace and dialogue.