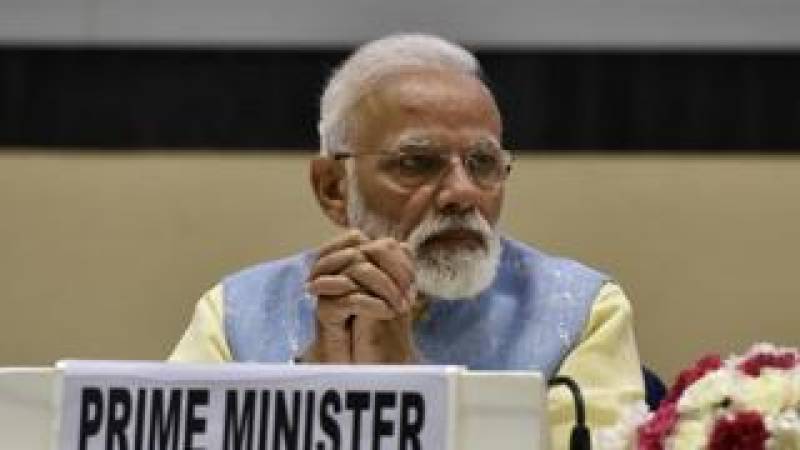 NEW DELHI - Prime Minister Narendra Modi held second high-level security meet during the day on Wednesday evening when he met the three service chiefs and reviewed the situation emerging out of aerial engagement with Pakistan.

PM Modi was briefed about the latest security situation in Jammu and Kashmir and along the Line of Control (LoC).

He had held a meeting of top security officials earlier in the day at the Prime Minister’s Office and reviewed the security situation following violation of Indian airspace by Pakistani fighter jets in Jammu and Kashmir.

India lost one MiG-27 Bison in the “aerial engagement” with Pakistan Air Force, Kumar said adding, “One pilot was missing in action.”

The meetings took place in the background flare up between India and Pakistan especially after Pakistan Air Force violated Indian airspace and attempted to target military establishments on Indian side of the Line of Control.

After PM Modi held the meetings with the security officials and chiefs of Indian Army, Indian Air Force and Indian Navy, security was beefed up at various places especially around sensitive locations. India issued a strong demarche over injured IAF personnel” in a video showing him in the custody of Pakistani authorities.