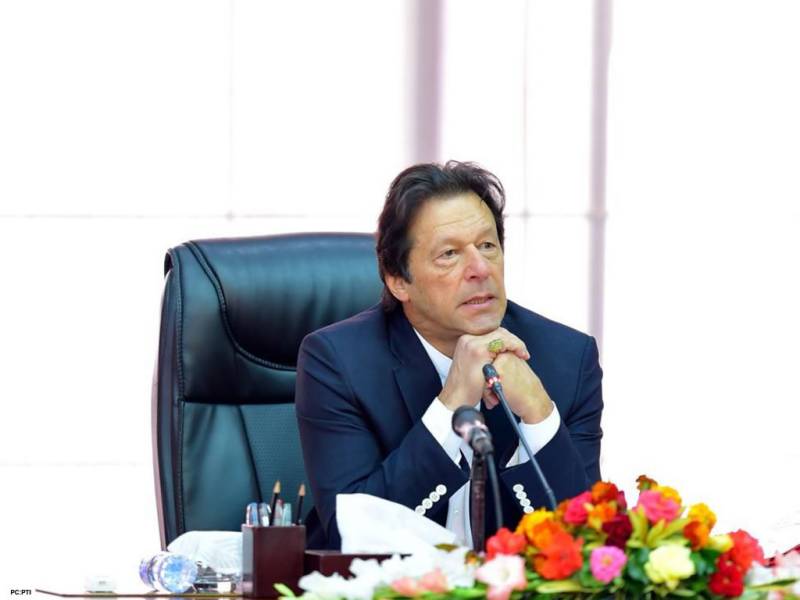 ISLAMABAD: Prime Minister Imran Khan said the overseas Pakistanis were the country’s assets and the government was striving to provide easiness and facilities to them.

Chairing a meeting about remittances, he directed his special assistant Sayed Zulfikar Abbas Bukhari to adopt such policies which were not only bring easiness to the overseas Pakistanis but also provide facilities to their families in health, education and other areas in the country.

The meeting allowed in principle the establishment of first National Challenges Bank.

He expressed the hope that Rs22 billion annual target set for the current fiscal year would be met easily.

Briefing about various steps taken by the government for promotion of remittances, the SBP governor said a significant improvement in remittances had been made after giving incentives to banks, promotion of M-Wallet scheme and relaxation in value added tax on remittances.

He told the meeting that block-chain technology was being used to discourage Hawala and Hundi, adding Second Pakistan Remittances Summit would be held in UAE during the current year to promote sending of remittances through legal means.

In the first phase, facility of remittances would be provided from 237 post offices, while in the second phase, it would be made possible to provide remittances at the door steps of the people with the help of 1,300 postmen.

The NBP told the prime minister that they were opening their branches at Protectorate Offices so that one window banking facility could be provided to all those Pakistanis who wanted to go abroad.

The meeting was briefed about the establishment of first National Challenges Bank and the facilities available to overseas Pakistanis under this digital platform.