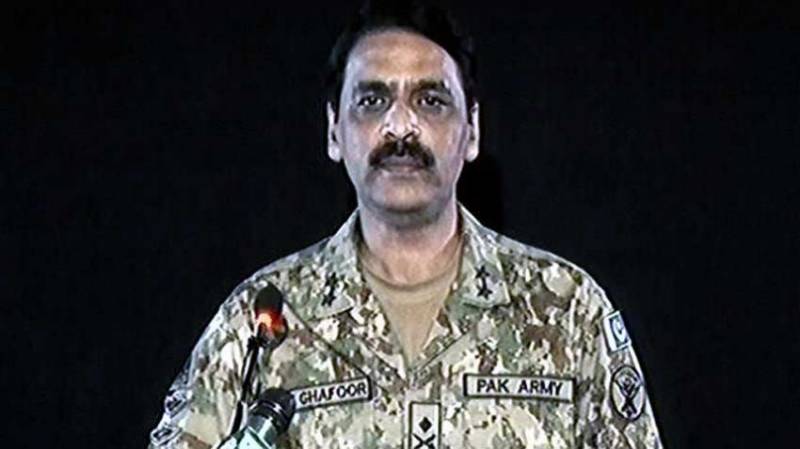 Director General Inter Services Public Relations, Major General Asif Ghafoor says India is using lying and deceit to lodge propaganda against Pakistan and there has been no attack on Pakistani soil.

Briefing the media in Islamabad on Tuesday evening, he said Indian claim to remain in Pakistani airspace for 21 minutes is nothing but lies. He dared the Indian Air force to come and to spend such time in Pakistan's territory.

He said ever since the Pulwama incident and threatening statements emerging from India, Pakistan Air force has been highly alert and regularly patrolling our skies.

He said last night, first visibility of Indian planes was noted in Lahore-Sialkot border. They were intercepted by PAF jets but they did not cross the border.

Another formation of Indian planes was noted in Okara-Bahawalpur sector and our combat patrol engaged it. That formation also did not cross the border.

The DG ISPR said the third and heavy air formation was witnessed in Kiran Sector of Muzaffarabad that had crossed the border.

Their formation came inside our territory 4 to 5 nautical miles. They remained four minutes in our airspace and fled when challenged. While fleeing, they unloaded their payloads at the place of Jabba.

Major General Asif Ghafoor said Indian claim of killing 350 terrorists is totally false and fabricated as no debris or other destruction is found after their claimed strike. He said media will be taken to the site to show them the truth.

He said India should wait for our response that will come differently and as a surprise.

The DG ISPR said Prime Minister Imran Khan in his address had clearly stated that Pakistan will retaliate in case of any misadventure by India.

He warned India to get ready for our response which will definitely come.

Major General Asif Ghafoor said Indian objective was aimed at killing civilians and to claim that they killed the terrorists, but they failed in their effort.