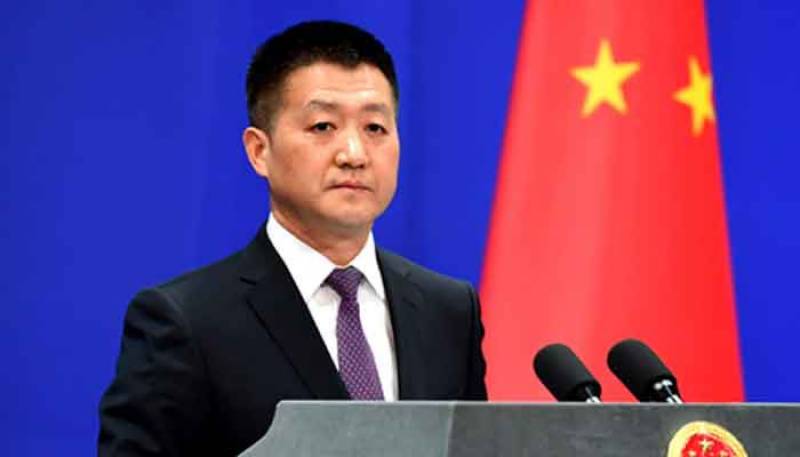 BEIJING - China called on Pakistan and India on Wednesday to “exercise restraint” and seek dialogue after Islamabad said it shot down two Indian warplanes in its airspace over disputed Kashmir.

“What we are concerned about is that India and Pakistan, as important countries of the South Asian subcontinent, can maintain good neighbourly and friendly relations,” foreign ministry spokesperson Lu Kang said at a regular press briefing.

“We hope that both India and Pakistan can exercise restraint, take initiatives that are conducive to promoting dialogue, meet halfway and make active efforts for lasting peace and stability in South Asia,” he said.

The reported downing of the Indian planes ignited fears of an all-out conflict between the nuclear-armed neighbours. It came a day after India said it had struck militant camps inside Pakistan.

China is one of Pakistan’s closest allies. Beijing has poured billions of dollars into the South Asian country as part of the China-Pakistan Economic Corridor (CPEC), a massive infrastructure project that seeks to connect its western province of Xinjiang with the Arabian Sea port of Gwadar in Balochistan.

The project is one of the largest in Beijing’s Belt and Road initiative, comprising a network of roads and sea routes involving 65 countries. - APP/AFP