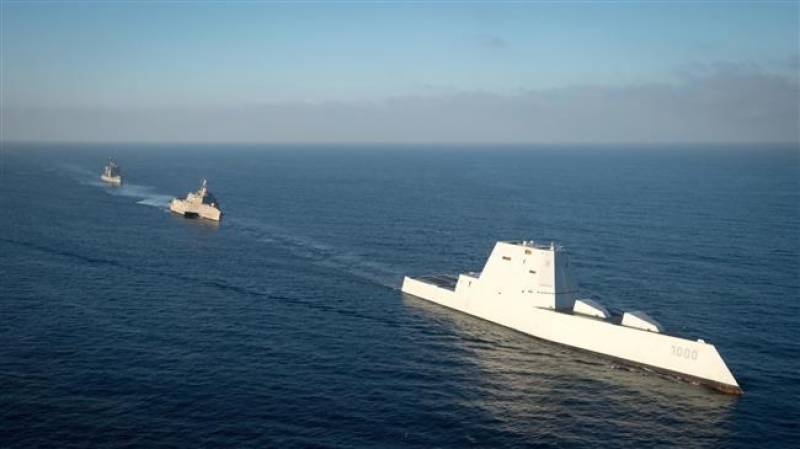 WASHINGTON - *US President Donald Trump has reportedly asked his generals to see if it is possible to arm the US Navy’s warships with nuclear weapons, a strategy that seems to fall in line with his order to review America’s nuclear posture.*

The Nuclear Posture Review (NPR), which was released earlier this month, came largely to counter Russia and effectively end efforts by former President Barack Obama to reduce the size and scope of the US arsenal and minimize the role of nuclear weapons in America’s military doctrine.

It also cast China as a potential nuclear adversary, saying the US arsenal is tailored to “prevent Beijing from mistakenly concluding” that it could gain advantage by using its nuclear weapons in Asia, or that “any use of nuclear weapons, however limited, is acceptable.”

Additionally, the report called for the development of new nuclear sea-launched cruise missiles (SLCMs) and the deployment of Trident D-5 submarine-launched ballistic missiles (SLBMs) that will be modified to have lower yield nuclear warheads.

The reports of Trump’s desire to have nuclear-capable warships gained momentum this month, when Air Force General John Hyten, the head of US Strategic Command, said he wanted to put nuclear-tipped cruise missiles on the US Navy’s guided-missile destroyers.

“We want to look at a number of options — everything from surface DDG 1000s [Zumwalt destroyers] to submarines, different types of submarines,” Hyten said during an event in Washington.

“That’s what the president's budget has requested of us, to go look at those platforms, and we're going to walk down that path," he added.

According to a report by the *Daily Mail*on Tuesday, the USS Zumwalt, a stealthy and futuristic-looking warship that was commissioned in October 2016, is a priority in the new strategy.

In his 2019 spending bill, Trump has requested $89 million to arm Zumwalt class destroyers SM-6 missiles that have a 250-mile range.

The $4.4 billion warship’s angular design concept was first picked up by Navy officials over 17 years ago. The Pentagon had originally planned to purchase 32 Zumwalts but cut down the order to only three due to high costs.

The first Zuwalt broke down in the Panama Canal in November 2016, merely a month after its deployment.