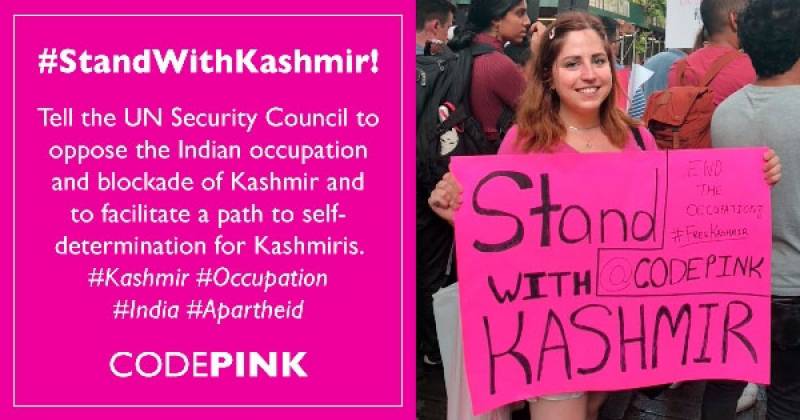 WASHINGTON - CodePink, a Washington based, women-led internationally active peace and social justice organization, has called on the United Nations to take immediate action against India's blockade of Kashmir to avoid nuclear catastrophe in the region.

In a letter addressed to the 15-member Council, the organization urged UN to help Kashmiris finally obtain self-determination after seven decades of Indian occupation.

It said the UN Security Council must take immediate action to protect Kashmir from this vicious attack and for safety of the world population in a nuclearized world.