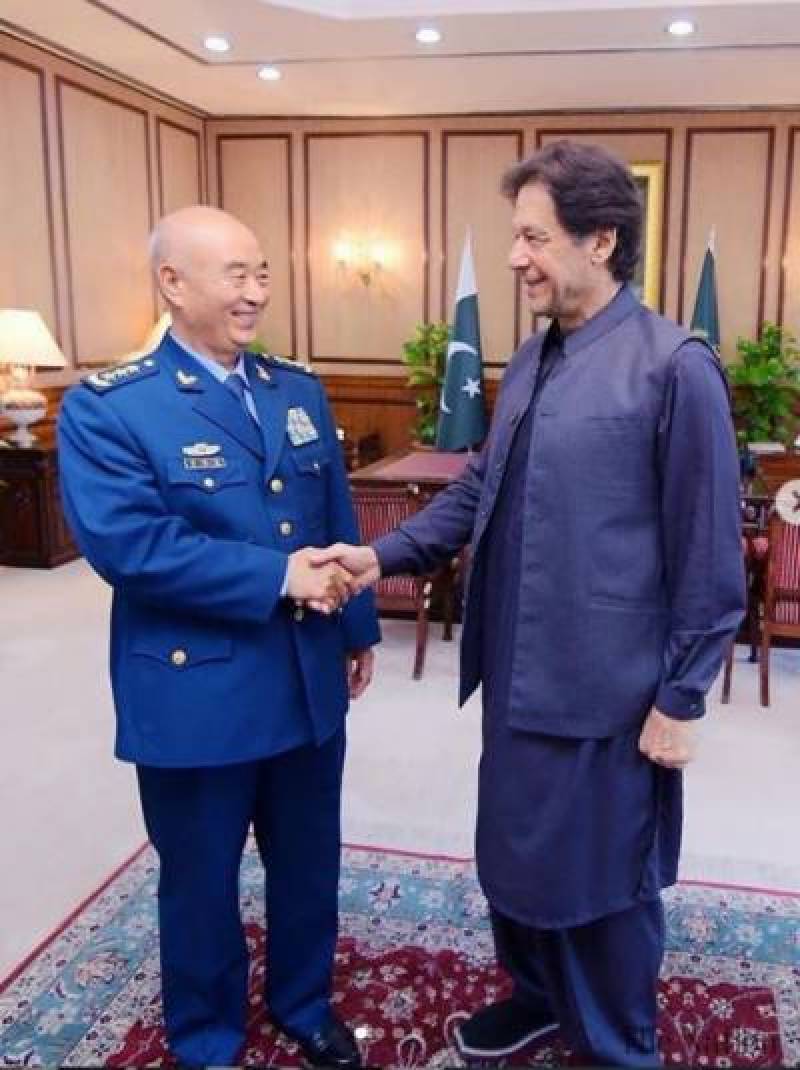 Matters of mutual interests, prevailing situation in occupied Kashmir, regional peace, security and other issues were came under discussion in the meeting.

During the meeting, Prime Minister Imran Khan underlined the unique quality of the time-tested, Pakistan-China All-Weather Strategic Cooperative Partnership, describing it as an anchor for peace and stability in the region and beyond.

The Prime Minister highlighted India's illegal and unilateral actions of 5 August, the continuing indefensible lockdown of millions of Kashmiris in Occupied Jammu & Kashmir for three weeks, the dire human rights and the humanitarian situation there, and the threat to peace and security posed by India's actions. The Prime Minister also underlined that India could stage a false flag operation to divert the world's attention from its crimes.

The Prime Minister thanked China for supporting Pakistan's approach to the UNSC, following India's unilateral and illegal actions and the ongoing humanitarian crisis. He reiterated that the curfew in the IoJ&K must be immediately lifted and the international human rights NGOs allowed to visit IoJ&K to have an objective assessment of the humanitarian tragedy unfolding there.

The Prime Minister also underscored that the brutal suppression of human rights in IoJ&K had the potential to spark a wave of extremism and India's reckless actions could destabilize the region immeasurably.

General Xu Qiliang conveyed cordial greetings of President Xi Jinping, as well as that of Premier Li Keqiang, and reaffirmation of China's full

support to Pakistan, particularly at this crucial juncture. Underscoring the importance of the time-tested China-Pakistan strategic partnership, he conveyed the Chinese leadership's commitment to the time-honored tradition of both countries supporting each other on issues of core national interest.