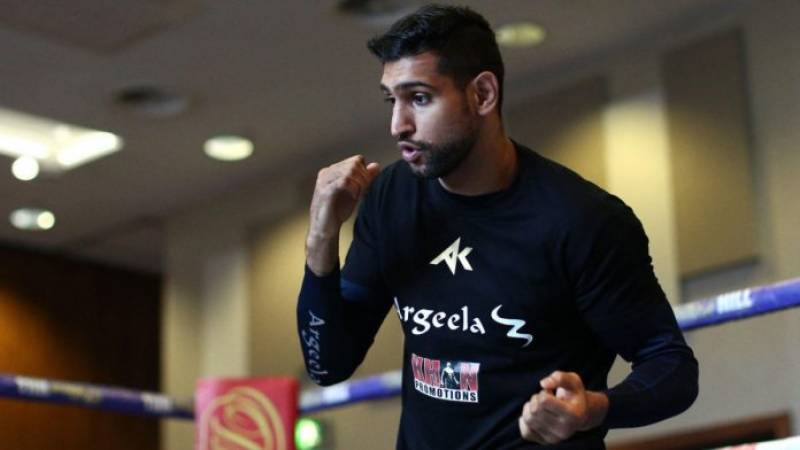 ISLAMABAD - Pakistani-born British boxer, Amir Khan reached Pakistan on Tuesday and visited the Line of Control to show solidarity with the people of Kashmir.

The prolific pugilist voiced against the violence of Indian forces against the people of Kashmir, who have been living under severe circumstances since the Indian government removed Article 370 from their constitution that gave them the special status.

Khan said that he could not just sit silently in England and see the people of Kashmir suffer at the hands of Indian forces.

“People are being tortured and children are being killed,” he said. “I was watching all of this on my television in Britain, but I could not stay silent.”

Earlier, he had addressed the issue on his official Twitter account, where he coined the situation in the Indian Occupied Kashmir as ‘terrible’.