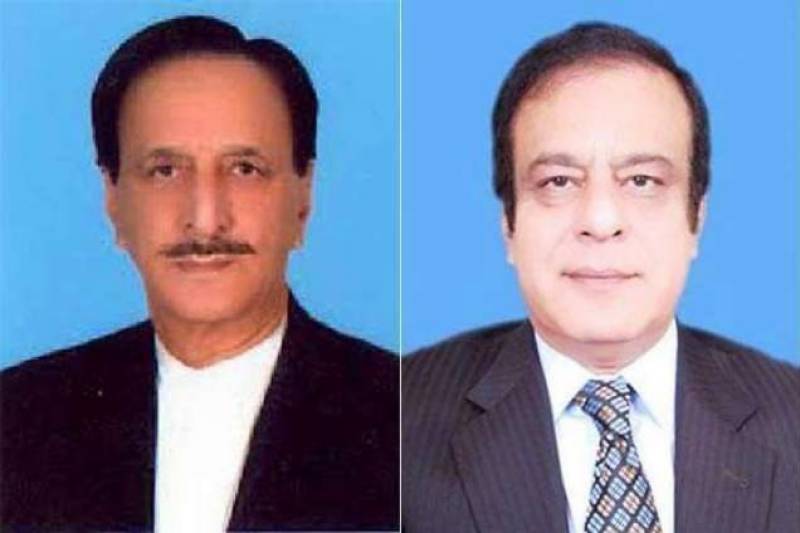 ISLAMABAD: Senate Chairman Sadiq Sanjrani has appointed Shibli Fraz of Pakistan Tehreek-e-Insaf as leader of the house in the Senate.

The Chairman of the Upper House of the Parliament also appointed PML-N's Raja Zafar-ul-Haq as leader of the opposition replacing PPP's Sherry Rehman. Shibli Faraz belongs to Kohat in Khyber Pakhtunkhwa and is the son of famous Urdu poet Ahmad Faraz. He started his political career by contesting the election from Kohat district as mayor in 2002. He was later elected as a member of the Senate during the senate elections of 2015.

Shibli Faraz joined Pakistan Tehreek-e-Insaf in 2011. He is currently serving as chairman of the Senate's standing committee on commerce and is also a member of committees responsible for planning and development, and water and climate change.

Born in 1935 in Kahuta near Rawalpindi, he is a lawyer and politician by profession. He completed his M.A. in Politics from Punjab University and acquired his L.L.B. degree in 1958. Raja Zafar ul Haq served as the general-secretary of the Pakistan Muslim League from 1963 to 1971 and was its district president from 1971 to 1981.