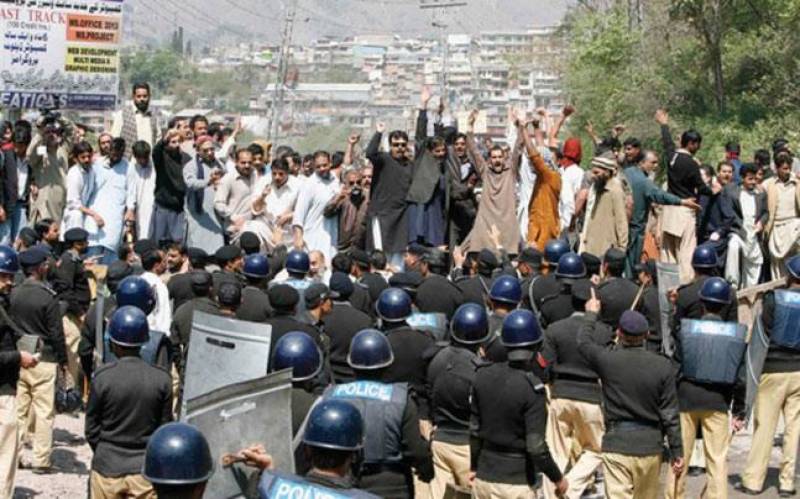 TLP will “stay on the streets until either the publication of blasphemous cartoons in the Netherlands end or the govt immediately ends diplomatic ties with the Dutch”.

Incensed by an announcement by Dutch parliamentarian Geert Wilders to hold a competition of blasphemous caricatures, the TLP held a meeting in Lahore on Sunday and came up with its line of action and demands.

The religiopolitical party urged the PTI government to not only “discontinue diplomatic and commercial relations with the Netherlands” but also “demand from other Islamic countries to do the same”.

The TLP also demands that since the said competition’s judge is an American national, “therefore, strict measures should also be taken against the US.”