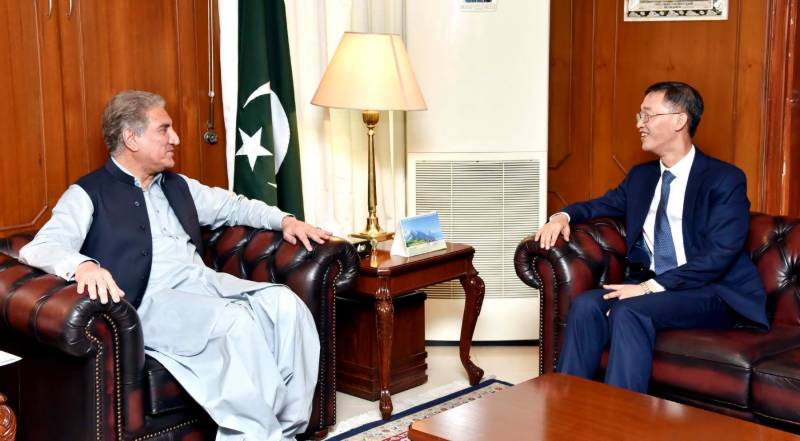 ISLAMABAD - Foreign Minister Shah Mahmood Qureshi has reiterated determination of the new government to take strategic cooperative partnership between Pakistan and China to new heights. He was talking to Chniese Ambassador Yao Jing, who called on him in Islamabad today.

He welcomed the upcoming visit of State Councilor and Foreign Minister Wang Yi to Pakistan next month and looked forward to an in-depth exchange of views with him on all matters of mutual interest.

On the occasion, Ambassador Yao congratulated Foreign Minister on assumption of office and formation of new government in Pakistan. He said Pakistan and China are iron brothers and close friends.

He reiterated his government's desire to work closely with the new government of Pakistan to further strengthen Pakistan-China bilateral relations.

The speaker said China-Pakistan Economic Corridor is a project of development and prosperity for both of countries and the region. He said the new government will take every possible step to complete CPEC.

Assad Qaiser said Pak-China friendship is exemplary and both countries have supported the stance of each other on different issues. He said relations between the two countries can be further strengthened by exchanging parliamentary delegations and promoting people to people contact.

The Chinese Ambassador, on the occasion said that China gives immense importance to its relations with time-tested friend and the Chinese leadership wants to further strengthen it.

He said coordination between the both countries is very imperative for peace, development and prosperity in the region.