Pakistan's Nadeem Arshad clinches yet another medal for the country in Asian Games 2018
27 Aug, 2018 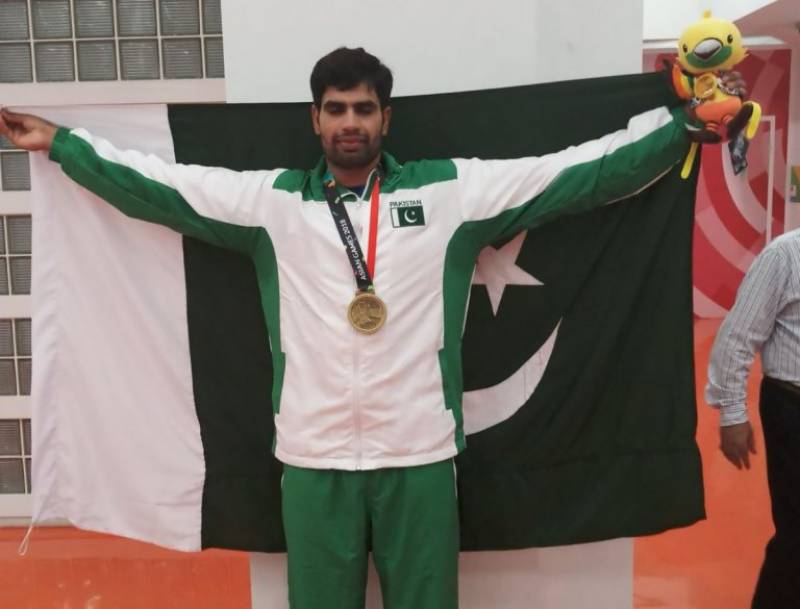 With the latest addition to its tally, Pakistan has secured three medals in the tournament, including two bronze, one each in karate and kabaddi.

In Karate, a 19-year old Hazara girl Nargis bagged first medal for Pakistan in karate. The athlete who hails from Quetta won a bronze medal by outclassing Nepal’s Rita Karki in a 3-1 match in the 68+ kg event held in Indonesia.

The minister said that there was no dearth of talent in the field of sports in the country and Nargis performed brilliantly and brought fame to Pakistan, said a press release issued here.