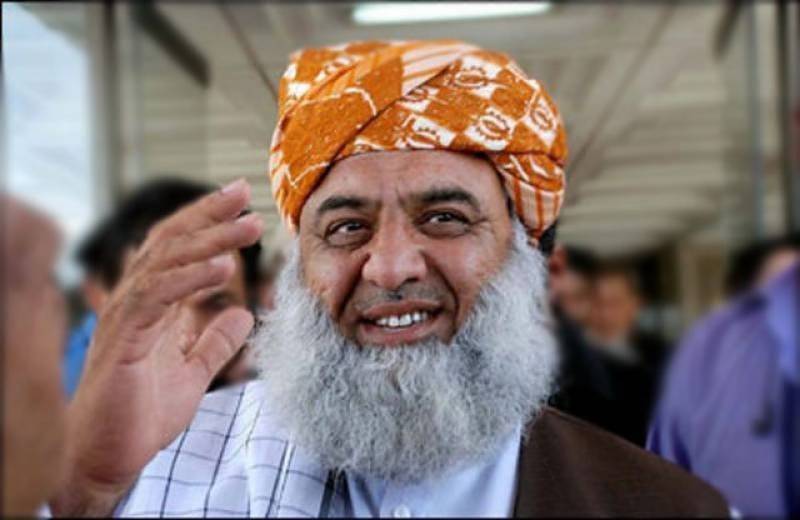 *ISLAMABAD: Jamiat-e-Ulema-e-Islam-e-Fazl (JUI-F) chief Maulana Fazlur Rehman got a blow from PPP as Asif Zardari has reportedly refused to support him for presidential elections. *

*He on Monday met Pakistan People’s Party (PPP) top leadership and tried to pursue them to support him and withdraw their candidate for upcoming presidential elections in his favour*.

Fazl -who was jointly fielded by the PML-N and other opposition parties for presidential polls against PTI’s Arif Alvi- met PPP chief Bilawal Bhutto Zardari, co-chairman Asif Zardari and other party leaders in Zardari House and urged them to support him as their presidential candidate and withdraw their candidate in his favour.

Senior PPP leader Farhatullah Babar told media after the meeting that PPP has clearly refused the suggestion put forward by the JUI-F chief.

He, however, added that PPP will present Fazl’s suggestions in a high-level party meeting tomorrow (Tuesday) so that party leaders can jointly decide the matter.

As a reporter asked Babar if the media should consider that PPP has declined Fazl’s offer, the PPP leader replied in affirmative.

Fazl had earlier expressed hope that he will persuade the PPP to support him or nominate a joint candidate for the presidential polls who is acceptable for PML-N too as the former ruling party had expressed reservations on Aitzaz’s name.

It is pertinent to note here that the “joint opposition” once again failed to nominate a joint candidate for presidential elections as PPP decided to stick with Aitzaz Ahsan’s name while PML-N and other parties nominated JUI-F chief Fazlur Rehman as their “joint candidate” for the post.