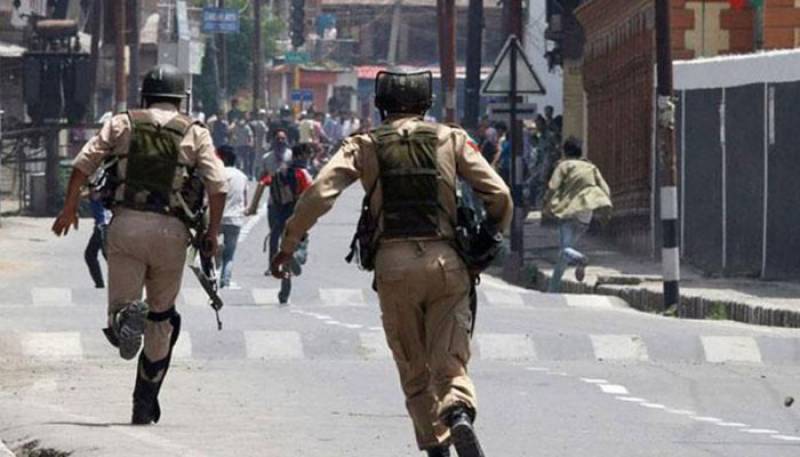 ISLAMABAD - In occupied Kashmir, several people were injured in Islamabad and Pulwama districts, on Monday, after Indian police and troops used brute force against the peaceful demonstrators.

Protestors were gathered to register their protest against BJP-led Indian government's attempts to abrogate the Article 35-A from the constitution.

Meanwhile, complete shutdown is being observed in different areas of the two districts against the attempts to repeal the Article 35-A.