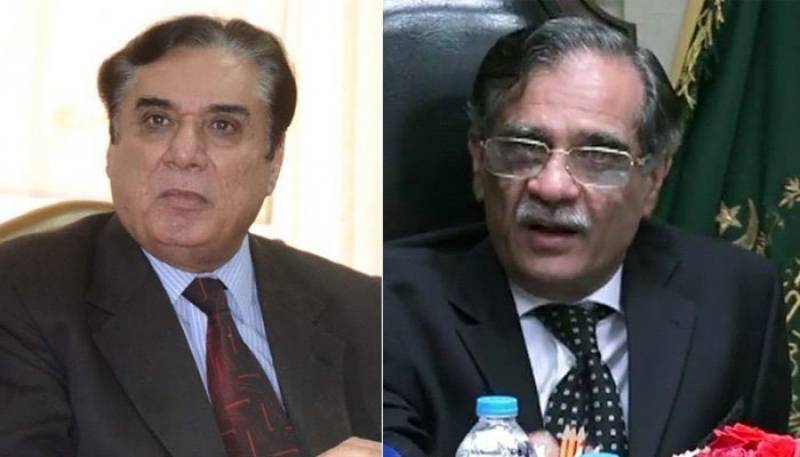 The meeting with NAB Chairman Justice (r) Javed Iqbal was held over bureau’s practice of leaking information of people facing NAB inquiries to the media.

The chief justice asked the NAB chairman that till the filing of reference against any individual, the bureau should maintain secrecy, according to a statement issued by the apex court.

Earlier, the Supreme Court took notice of the NAB’s practice of leaking information of people facing inquiries, leading to their character assassination without any charge being proved against them.

During a suo motu hearing regarding a matter related to excessive salaries of chief executive officers (CEOs) and others working in the public sector companies in Punjab, the chief justice had observed that the proceedings of the bureau were privileged in nature and could not be disclosed to the media officially.

The chief justice had said that the people summoned by NAB come to know about those summons through media in most of the cases, adding that the court cannot allow this kind of accountability.