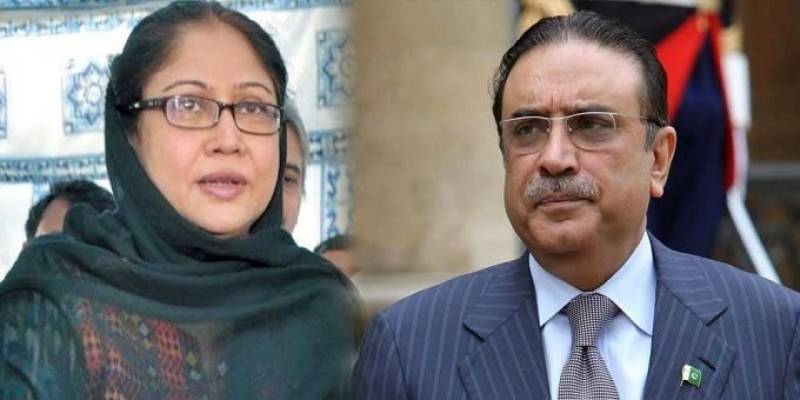 They recorded their statement before the Federal Investigation Agency (FIA) team in the money laundering case.

Theformer president and his sister were questioned for around 35 minutes. According to sources, Zardari avoided answering some questions.

Speaking to the media after his questioning, Zardari said, "Unfortunately the money laundering case was formed against him during former prime minister Nawaz Sharif's tenure."

The FIA on Saturday issued notices for a fourth time to the former president and his sister to appear at the agency’s headquarters in Islamabad.

The FIA has to submit a reportin the Supreme Court regarding the ongoing probe on Tuesday.