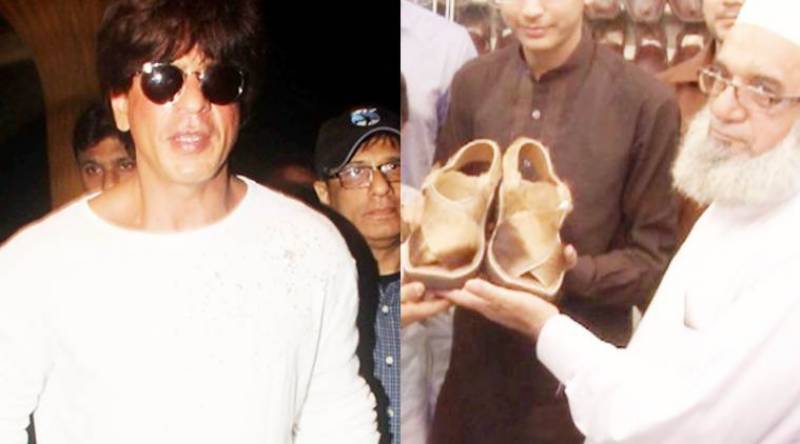 PESHAWAR: (APP) A prominent cobbler of Peshawar who claimed to have prepared a special footwear from deer's skin for Bollywood top star, Shahrukh Khan, has been arrested and charged under the Wildlife Act.

Talking to APP here Saturday, Niaz said Jehangir Safi, owner of the shop located in Namak Mandi area in the jurisdiction of Shaqabool Police Station, had given interview to TV channels and expressed his desire of gifting the deer skin made footwear to Shahrukh Khan by handing it over to his cousin who lives in Peshawar.

It merits a mention here that Indian top star, Shahrukh Khan belongs to Peshawar and his cousins live here in historic Qissa Khawani bazaar and other areas of interior city.

Under the Wildlife Act, a person found involve in use of hide of a rare wild specie can face a sentence of imprisonment starting from six months of one year or a fine of Rs. 100,000 to 200,000, say Niaz, DFO Wildlife Extension KP.

He said presently we have booked the shopkeeper and matter was under investigation and final decision would be taken by court.

He said there were chances that the cobblers claim was false because there were a number of China made synthetic hides in market and he might took advantage of making a claim of fake hide.

However, he went on to say, the Wildlife Department was serious in curbing wildlife trade and will take action against any person or organization fined involved in such a practice which has now become a serious crime under the law.