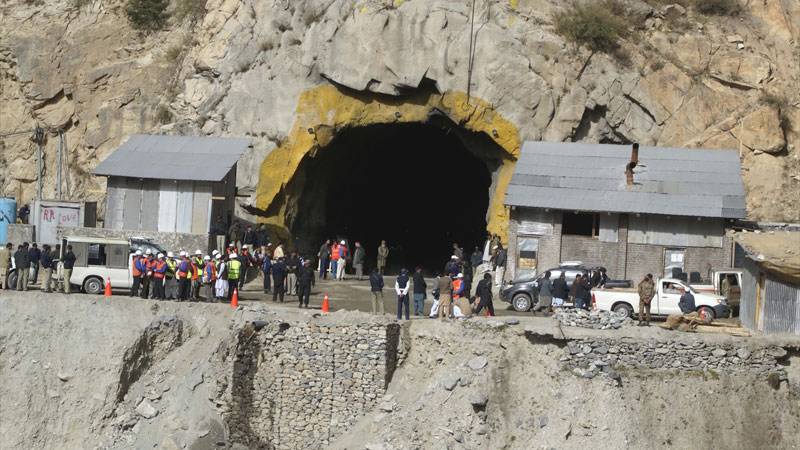 Rs 18 billion have so far been spent out of a total allocation of Rs 27 billion, official sources said here on Saturday.

According to General Manager, National Highway Authority (NHA) Mukesh Kumar, lack of fund are the main reason behind delay in completion of the vital scheme.

He said the actual date of commencement of the project was December 2017 but on the instructions of the Prime Minister, the project would be completed six month before the scheduled time.

He further informed that four bridges and 14 kilometer long approach roads are also being constructed at both side of the tunnel tenders for which would be floated shortly. The construction of the approach roads would completed be in two years time.

According to details, initially, the contract of the project was awarded as Rail Tunnel to a Korean based contractor in September 2005.

The design was modified to road tunnel in anticipation of extension of road link to Tajikistan via Afghanistan during 2009 10; revised PC 1 got approved by Executive Committee of National Economic Council (ECNEC) in November 2011.

The design was further optimized to accommodate full two standard lanes for one way directional tunnel in 2012.

It may be mentioned here that the project would not only facilitate the people of Chitral and Dir districts but would prove as an important alternative route for CPEC and enhanced independent trade with central Asian republics.