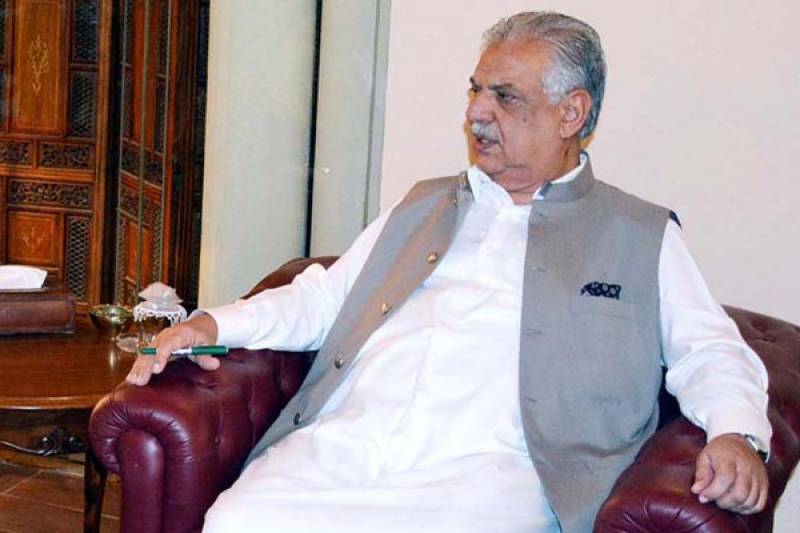 The people of Pakistan would continue their unflinching moral and diplomatic support to their Kashmiri brethren in this hour of test.

He said this while talking to the Prime Minister of Azad Jammu and Kashmir, Raja Farooq Haider who called on him here at Governor's House.

The governor said the prevailing state of active movement amongst the people of the Indian Occupied Kashmir reflects their untiring spirit to achieving the cherished goal of the right of self-determination and the day is not far away when they would be able to achieve this destination.

On the occasion, the KP governor congratulated Raja Farooq Haider on becoming the Prime Minister of Azad Jammu and Kashmir with two third majority of the House.

The historic success of Pakistan Muslim League (N) in the state's elections, he said, is the result of the correctly judged policies of the Prime Minister of Pakistan Muhammad Nawaz Sharif.

The governor strongly deplored the atrocities at the hand of Indian forces against the armless Kashmiris of Indian Occupied Kashmir and said that in such a situation, human rights violations in the area are indeed a question mark.

The governor pointed out that the Prime Minister of Pakistan Muhammad Nawaz Sharif has constituted a 22-member Parliamentarians forum as a part of the on-going efforts of the federal government to project and advocate the just cause of the people of Indian Occupied Kashmir internationally.