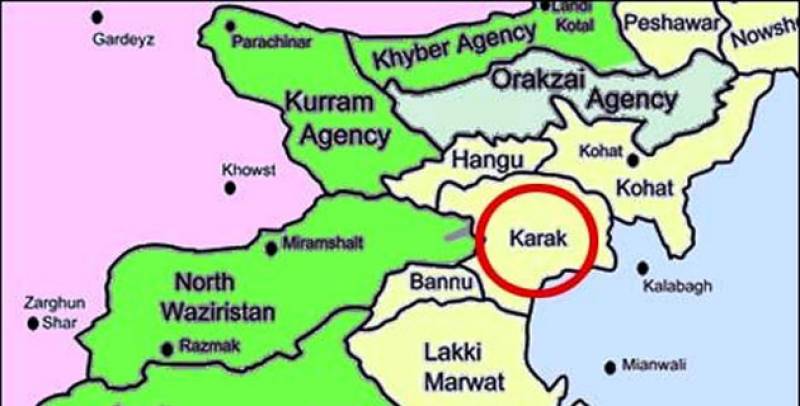 PESHAWAR: (APP) At least one person was killed and three women and a child were injured in a hand grenade attack at a house in Karak, an official of the police control Karak said on Saturday.

According to police, some unidentified persons attacked a house with hand grenade in Narai Panwas area of Karak.

Soon after the attack of the grenade, it went off with a big bang as a result one person was killed and four others including three women and a child of a same family of Faqir Nawaz were injured.

The dead and injured were shifted to district headquarters hospital.

Two of the injured were stated to be in critical condition.

The deceased was identified as Badshameer s/o Fariq Nawaz.

The police have registered a case against the attackers and started investigation.