Gen.Charles Vyvyan speaks about his travel to Pakistan
27 Aug, 2016 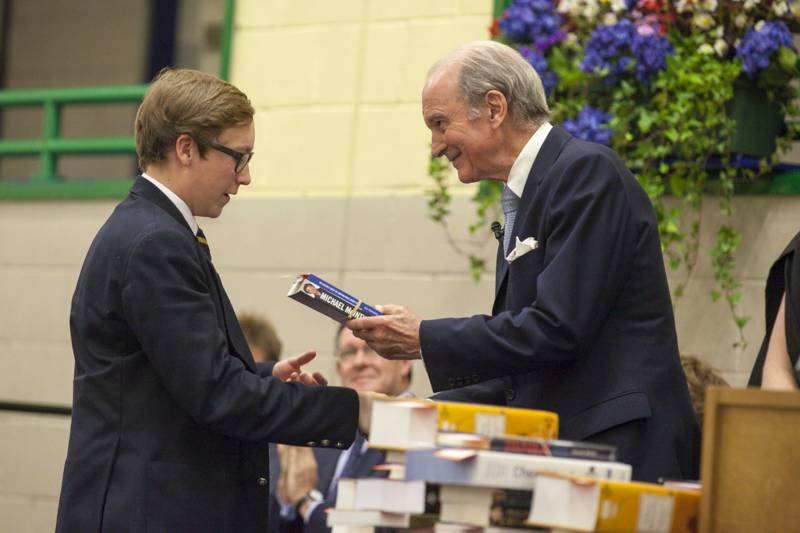 In his talk, General Vyvyan spoke about his fascinating journey on horseback and jeep through the mountains of Kyrgyzstan, across the Chinese border to Kashgar, and then over the Khunjrab Pass down into Gilgit and Chitral in Pakistan, said a message received here Friday.

He highlighted the increasing geo-political significance of the region as the new Silk Route, particularly in the context of China's `One Belt, One Road' initiative.

He said that both Pakistan and the UK, for more strategic reasons, needed to gain a renewed familiarity with the region, especially when China was directing considerable investment through China Pakistan Economic Corridor (CPEC).

General Vyvyan also gave a detailed description about the nature of the landscapes he travelled, the people he met, as well as their history, culture and aspirations.

Speaking on the occasion, Syed Ibne Abbas, Pakistan High Commissioner to the UK thanked General Charles Vyvyan for his interesting talk on the region, its people and the history.

He said that the talk rightly highlighted the importance of this region as a historical trade route and gave a fascinating overview of the people, their culture and their history.

The talk was followed by screening of the documentary `Beyond the Heights', about the Pakistani mountaineer, Samina Baig, who became the first Pakistani woman to climb Mount Everest.

The documentary was brought to London by Ms Maryam Cheema as part of the Pakistan International Mountain Film Festival.