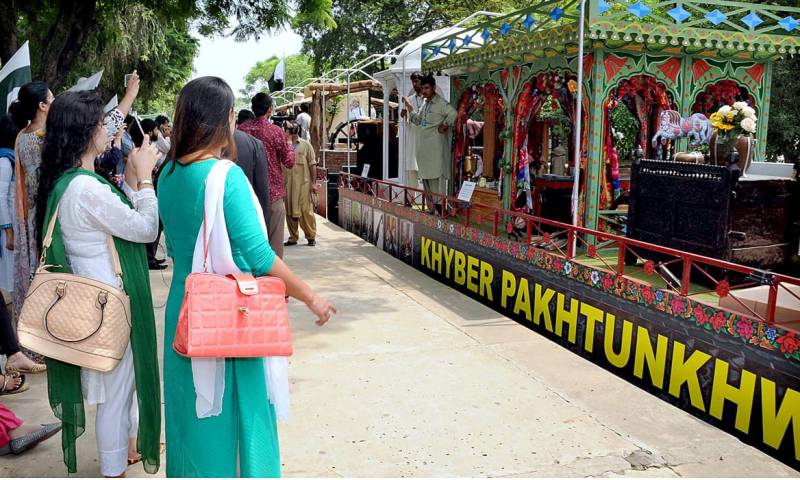 SUKKUR: (APP) About fifty lakh people have visited Azadi Train from August 11 to 26.

This was stated by Incharge Azadi Train Muhammad Ali Chachar here on Friday. He said that Azadi Train started its journey on August 11from Islamabad.

During visit to various Railway stations and Junctions in Khyber Pakhtunkhwa and Punjab and now, train is attracting a large number of people in Sindh.

During visit of Divisional Superintendent Pakistan Railway Sukkur Division Ijaz Abro, he said that people across the country love to know about the sacrifices of our heroes for the independence.

DS Sukkur Division, said that Azadi Train is a gift for the nation from Pakistan Railways.

He said that Azadi train is carrying a big collection of historical and cultural galleries.