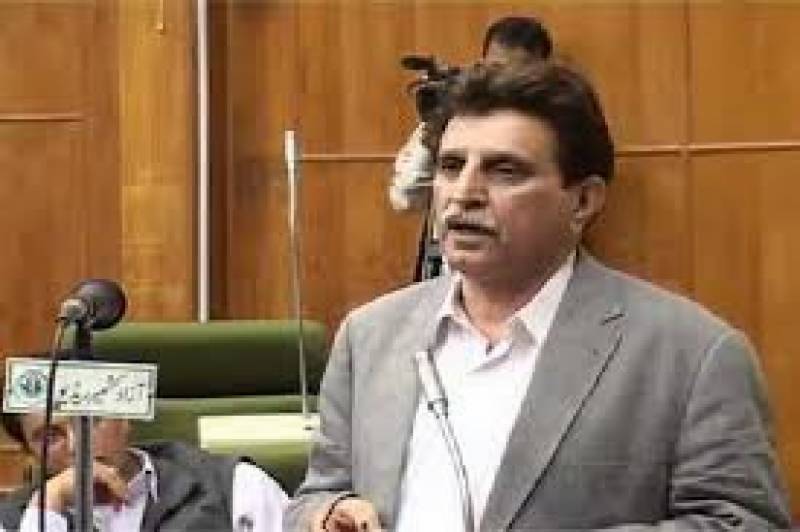 Talking to media persons during his visit to Quetta on Friday, he also paid tribute to Pakistan Army, saying that they have rendered unprecedented sacrifices to eliminate the menace of terrorism from the country.

He said that India would be exposed at international level and the world would know its real face.

The AJK premier said that India had imposed constant curfew during the last 45 days in IHK which had socially, economically and physically created very grave situation and turned the whole valley into a garrison.

He said that 800,000 Indian Armed forces were engaged in genocide of Kashmiri people and thousands of innocent Kashmiri men, women and children had been killed so far.

He said that recently Indian forces had introduced pallet guns like fatal weapon against Kashmiri youth and that caused blindness at large scale and made hundreds of people handicapped but world community had not taken any serious notice against this heinous crime against humanity by India.

AJK PM warned India that it would be made accountable against these crimes and Kashmiri people could not be terrified by such heinous violations and acts of terror and India had to leave sooner or later from occupied Kashmir.