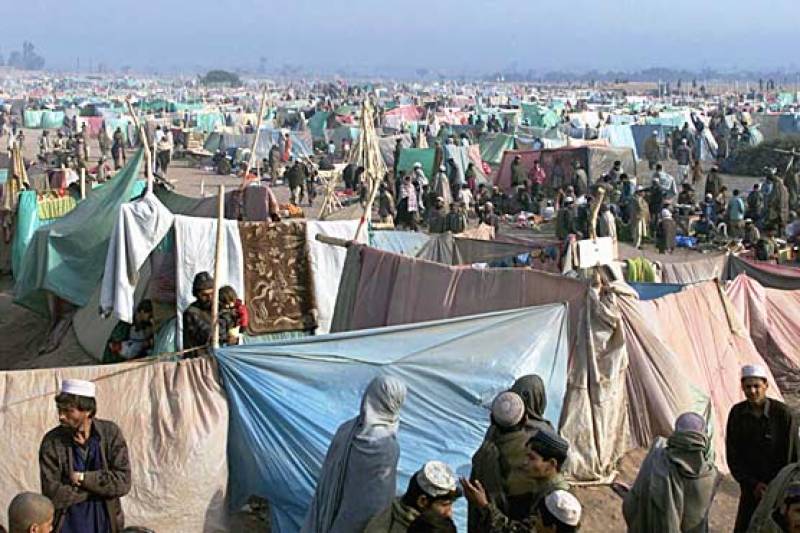 PESHAWAR: (APP) Khyber Pakhtunkhwa Governor Iqbal Zafar Jhagra has said that government did not consider Afghan refugees as a burden and six months extension in their stay was possible if the need was arisen.

In an interview to PTV here Friday, the Governor assured that no coercive measures would be taken to forcibly expel Afghan refugees from the country adding that "we did not keep them in the camps and instead we treated them as our guests", he added. He said that arrangement has been finalize with the Afghan government about the return of the refugees.

Referring to the FATA proposed reforms, Iqbal Jhagra said the popular opinion holds the view of merging the tribal areas with the Khyber Pakhtunkhwa, however, the Prime Minister would take the final decision in this regard.

Reforms in FATA were in an important step over which the tribal people have been taken into confidence. Not only tribal elders have been consulted rather students, politicians of tribal areas and journalists have been also taken on board over the reforms. It has always been the desire of the Prime Minister to make the country strong and to provide basic civic amenities to the tribal people at their doorstep.

Governor said that FCR is an outdated law which needs to be modified keeping in view the ground realities. The ADP of FATA has been increased and share of 3% would be given to FATA from National Finance Commission whereas local government system would be introduced by 2017 in tribal areas.

FATA University would become functional during September this year in Dara Adam Khel, FR Kohat while construction work on Medical College in Bajaur was underway.

Lauding role of the armed forces in FATA, the Governor said that Pak-Army completed score of projects in the tribal areas and we want that army should remain in the tribal belt. FATA Levies Force would be strengthened as 20,000 more personnel would be inducted.

FATA has the potential to become an attractive tourist part which was amongst top priorities and to achieve the desire goals, provision of clean drinking water and construction of roads was a must.

To a question, Iqbal Jhagra said 100% TDPs have been repatriated to their native areas except Waziristan. More than 100,000 TDPs families comprising 700,000 people yet to be returned to their homes in FATA which the governor said are expected to be repatriated by November this year.

There was no shortage of funds in FATA, he said adding the federal government always provided us the funds whenever we demanded. He further said that repatriation process has become possible after clearance of the areas by the forces in tribal areas.