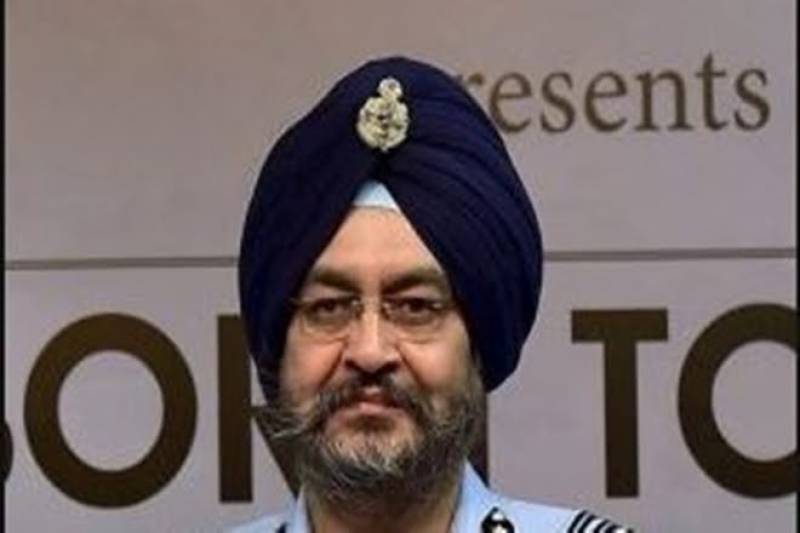 NEW DELHI - IAF chief Birender Singh Dhanoa has raised concerns over increasing deployment of Chinese aircraft in the Tibet Autonomous Region and also called the JF-17 fighter jets of Pakistan, the aircraft of the present. Air Marshal Dhanoa said that India was poised with the growing threats from Pakistan and China, the two nuclear-armed states in the neighbourhood.

He said that despite Chinese facing geographical conditions that unfavourable for their Air Force, they had emerged as the second most powerful air power in the world.

He pointed out that the Chinese have increased air deployment of Sukhoi-27 and J-10 fighter jets in the Tibet Autonomous Region as compared to other regions. However, he maintained that the two Air Forces were closely interacting each other and that the Indian Air Force had not violated any airspace during the Gaganshakti 2018.

Speaking of Pakistan, during his address on the Role of the Indian Air Force in Changing Security Environment at Vivekananda International Foundation, New Delhi, he admitted that JF 17 is the aircraft of the present.

Air Marshal Dhanao also said that the Indian deterrence in the sub-conventional domain was not working and emphasised for the need to build on our existing capabilities to ensure we tackle Pakistan more effectively.

Air Marshal Dhanoa also termed Pakistan’s fighter jet JF-17 as the aircraft of the present. JF-17 Thunder as it is called in Pakistan or FC-1 Xiaolong as called in China is a single engine, lightweight multi-role combat aircraft developed and built by Pakistan Aeronautical Complex.

Quoting one of the international defence journals he said that JF-17 remains to be the aircraft of today as Pakistan had fielded more squadrons than India. In order to create a cohesive defence strategy, Air Marshal Dhanoa said that it was imperative to create asymmetric defence system in land, water and air. In an attempt to create such a strategy, the defence forces would require more budget. Since India is lacking the budget in modernising its forces, he envisaged a strategy wherein the cost of retaliation was very high.

Being quizzed on which is a better fighter jet aircraft, he said that it would all depend on how India chose to equip itself. He also asserted that the Indian Air Force was successful in carrying out Gaganshakti 2018, the largest ever all-encompassing real-time combat ready exercise. He also said that Tejas had performed really well during the operations that comparing Tejas to other aircraft was not valid.

“Each fighter jets have different capabilities and India needs to have all kinds of aircraft. One must have fighter jets that have high end, medium end and also low-end capabilities”, he added.