War of words must stop between India and Pakistan: Dr Fai
26 Sep, 2018 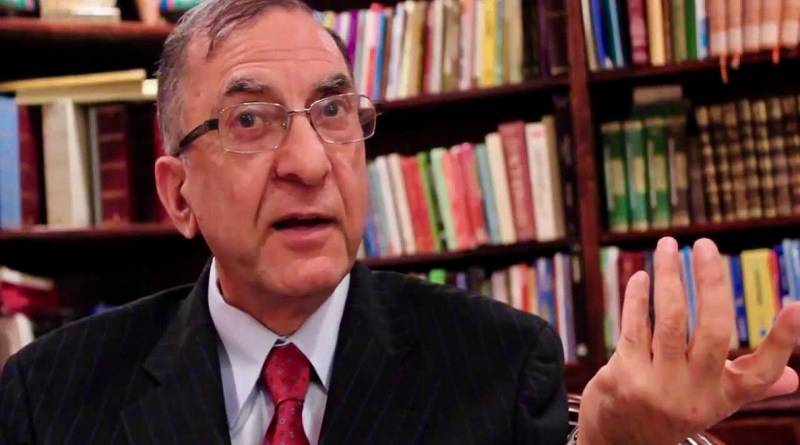 ISLAMABAD:Secretary General of World Kashmir Awareness Forum (WKAF), Dr Ghulam Nabi Fai, has said that India and Pakistan will have to initiate talks to resolve their differences as the history affirms that almost all international conflicts were resolved not in the battlefield but on the negotiating table.

Dr Ghulam Nabi Fai addressing an international conference held in Dusseldorf, Germany, said that the people of Kashmir were heartened to know that foreign ministers of India and Pakistan had shown their willingness to meet in New York during the current session of the United Nations General Assembly, but their dreams were shattered when Government of India unexpectedly announced the cancellation of the talks,KMS reported.

Dr Fai said the leadership of both India and Pakistan must show their statesmanship for the sake of peace and security of the region and beyond, adding that it is time for the war of words between New Delhi and Islamabad to stop. He termed the recent provocative statement of Indian Army Chief General Bipin Rawat as immature saying that it will not pave the way for a better understanding between these two neighbouring countries. Such rhetoric needs to stop from all sides, he added.

“We are mindful that the United Nations as well as the world powers urge both India and Pakistan to initiate talks to resolve their differences. But if there is no change in the mindset, outlook and thought processes, then to expect breakthrough in talks is to ask for a miracle,” he said.

Dr Fai maintained that it is time for the United Nations to restore the faith of common people that it is a platform that can live up to its bold character and mission of bringing peace and security to the world. The people of Kashmir are thankful to Ms Michelle Bachelet, former President of Chile and currently the United Nations High Commissioner of Human Rights for her principle stand that “The people of Kashmir have exactly the same rights to justice and dignity as people all over the world, and we urge the authorities to respect them”, he added.

The WKAF Secretary General said the United Nations need to show to the people of Kashmir that it is serious to settle the Kashmir dispute. “They (UN) need to know that any attempt to force the people of Kashmir to accept any solution against their will is bound to fail. They will not accept any erosion far less a negation, of the principle of self-determination. The cosmetic measures are not going to yield positive results.

There needs to be a permanent and lasting solution to the problem. In this regard, all those who believe in an inclusive and pluralistic global village that recognizes spaces for individual expression must seize the moment and persuade both India and Pakistan to include the Kashmiri leadership in all future negotiations to explore all possibilities to settle the Kashmir dispute,” he conclude.