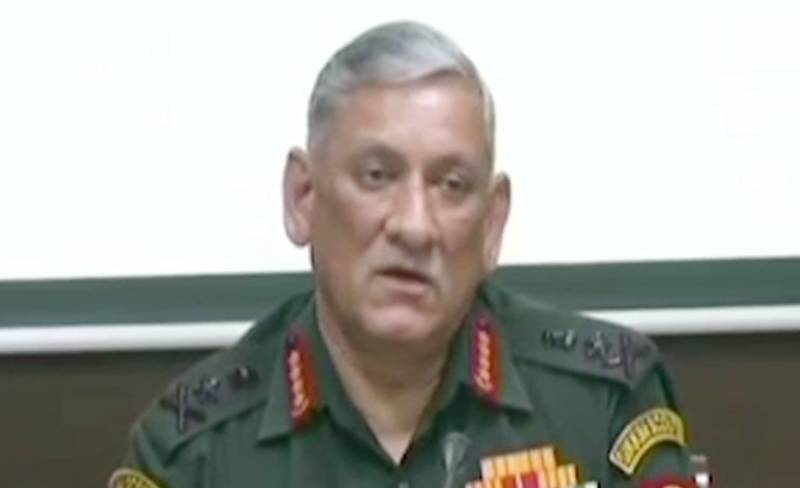 NEW DELHI – Indian Army Chief Bipin Rawat said that they were prepared and war with Pakistan could break out at any time.

In an interview with Indian TV channel on Tuesday, he said that the situation was deteriorating.

He said that India had several plans to take action against Pakistan.

“It is not necessary that these plans will be surgical strikes. We can take any kind of action,” he said.

The Indian army chief said that Pakistan should mend its ways otherwise they would have to take action.