Turkey's Erdogan at UN rails against sanctions 'as weapons'
26 Sep, 2018 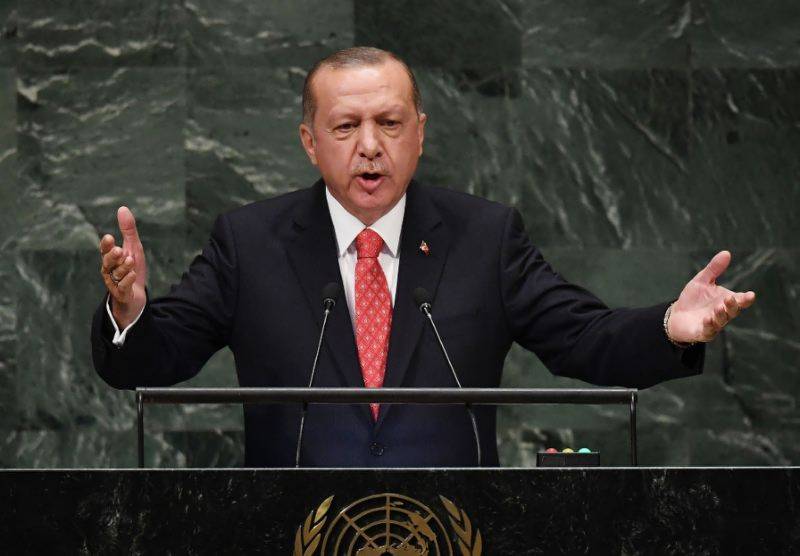 United Nations: Turkish President Recep Tayyip Erdogan on Tuesday sharply criticized the use of economic sanctions "as weapons" in his address to the United Nations, in an implicit swipe at the United States.

"None of us can remain silent to the arbitrary cancellation of commercial agreements, the spreading prevalence of protectionism and the use of economic sanctions as weapons," Erdogan told the UN General Assembly.

Ties between Washington and Ankara hit a low in August when President Donald Trump announced steep new tariffs on Turkish steel and aluminum in response to the detention of an American pastor in Turkey.

The Turkish lira has taken a beating on the currency market, sparking fears in Turkey of a full-blown economic crisis.

"Nobody wants the world to experience a new economic rupture," said Erdogan.

He did not accuse the United States directly but pointed to "countries that are persistently trying to create chaos."

Erdogan urged world leaders to crack down on followers of Fethullah Gulen, a US-based Turkish preacher whom the president has accused of backing a failed coup in 20016 and considers the leader of a terror organization.

Calling once again for his extradition, Erdogan alleged that Gulen was living in Pennsylvania "in a very well-off fashion."