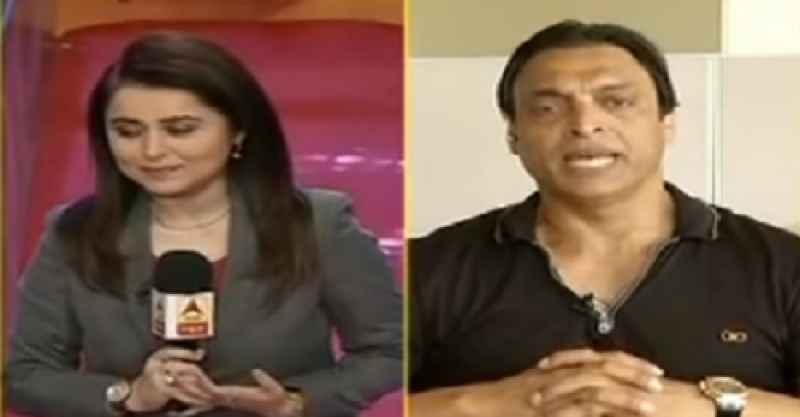 ISLAMABAD - Former Pakistani cricketer Shoaib Akhtar has given a nice lesson to female Indian journalist who tried to mock Pakistan.

He snubbed an Indian journalist after she tried to mock the Pakistan cricket team over its defeat against India in the Asia Cup.

In a video making rounds over the internet, Akhtar tells the anchorperson to speak to him with respect after she tries to make fun of Pakistan’s defeat on September 19 against India. The Indian media outlet had invited Akhtar as an analyst to participate in a discussion ahead of the second Pakistan-India battle of the Asia Cup on Sunday.

“I don’t know what your name is, madam; but I respect you a lot. I can answer your questions only if you ask me with respect. I cannot understand terms like ‘*dhulai*’,” Akhtar says after the journalist tries to link India’s ongoing clean-up drive with how its national team defeated Pakistan.

The anchor then requests Akhtar to not lose his cool and comment over Pakistan’s preparations for the second game against its arch-rivals.

“Ask me such question and I will answer. You are not talking to a club cricketer from Haryana. Realise whom you are talking to,” says Akhtar.