Senate calls for steps to get rid of growing circular debt
26 Sep, 2018 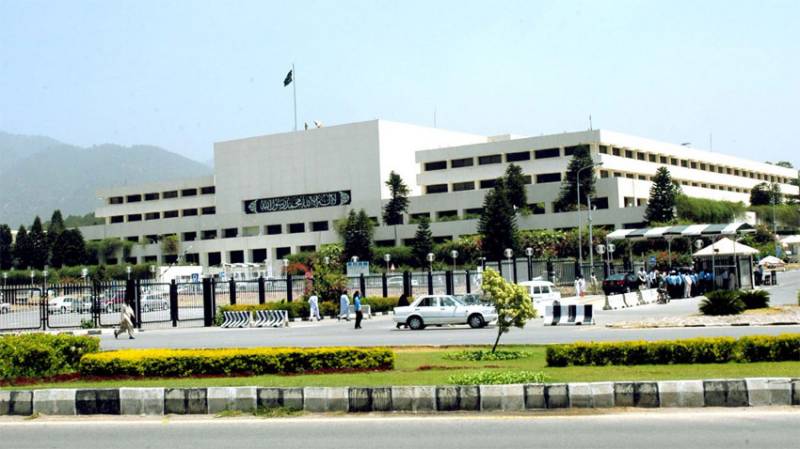 Members of the Senate have called for steps to get rid of the growing circular debt and to end electricity theft.

Starting the debate on Senate’s special committee report regarding Circular Debt, Javed Abbasi said previous government of the PML-N added eleven thousand megawatt of electricity to the national grid and paid off circular debt of 500 billion rupees, it had inherited in 2013.

He hoped that the PTI government will add twelve thousand megawatt of electricity to the system at  the end of its tenure, along with elimination of circular debt.

Jahanzeb Jamaldini stressed on the need of better command and control system to end circular debt.

He said solar energy should be encouraged to fulfill power needs of the country, especially in Balochistan.

Rehman Malik said 25 percent electricity theft is recorded and power thieves should be punished. He said action should be taken against those, who let the circular debt surge.

Later the House, adopted the report.

Minister of State for Parliamentary Affairs, Ali Muhammad Khan has said no legislation can be made without Senate’s cooperation.

He was responding to the concerns of Senators regarding non-inclusion of members of the Upper House in the parliamentary committee of the National Assembly to probe rigging in the recent general elections.

The Minister of State said PTI keeps the Senate at the highest esteem and parliament is not complet without Senate.

In his remarks, the chair observed that parliamentary body cannot be said as parliamentary without having representation from the Senate. The Chairman Senate said he will talk to the Speaker National Assembly in this regard.

Opposition Senators have expressed dissatisfaction over the mini budget presented by the PTI government.

Speaking on the Finance Supplementary (Amendment) Bill, 2018 in the House, the  lawmakers said enhanced gas prices will not only affect the common man, but also increase cost of fertilizers in the country.

They urged the government to bring the change it had promised to the people of Pakistan in its election manifesto.

The Senators called for steps to safeguard interests of farmers and cotton industry of the country.

They said steps should also be taken to increase exports and bring foreign investment for strengthening of country’s economy.

Those, who spoke on the occasion include Sitara Ayaz, Behramand Tangi, Asif Kirmani, Sirajul Haq, and Muhammad Akram.

Minister of State for Interior, Shehryar Khan Afridi has said that no one will be allowed to bully or humiliate political opponents in the country.

He was giving response in Senate regarding registration of fake FIR against Hafeez Buzdar Baloch, who contested election against the Chief Minister of Punjab and the incident of torturing of his family members.

The Minister said after conducting a thorough investigation, it has been found that the Punjab Chief Minister has nothing to do with the incident.

Responding to a Calling Attention Notice, Minister of State for Parliamentary Affairs Ali Muhammad Khan informed the House that efforts are being made to address the issue of lack of basic facilities at the new Islamabad International Airport.

He said water issue has been addressed and steps are being taken to further facilitate passengers according to the international standard.

The House has been adjourned to meet again at three pm tomorrow.