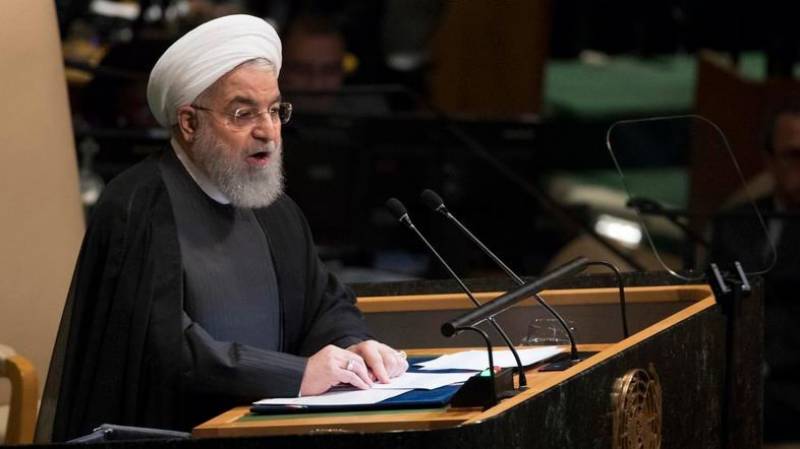 United Nations: Iranian President Hassan Rouhani accused his US counterpart Donald Trump of trying to topple his government Tuesday as he poured cold water on the idea of resuming talks with Washington after its pullout from an international nuclear accord.

"It is ironic that the US government does not even conceal its plan for overthrowing the same government it invites to talks," Rouhani said in a speech at the United Nations General Assembly.

"For dialogue to take place, there is no need for a photo opportunity. The two sides can listen to each other right here in this Assembly.

"I am starting the dialogue right here, and state, in unequivocal terms, that the question of international security is not a toy in American domestic politics."

Rouhani took the podium a few hours after Trump called for Iran's isolation in his UN address, accusing the leadership of Iran of sowing "chaos, death and destruction" as he defended his decision to ditch the Iran nuclear accord.

The five remaining parties to the 2015 accord -- France, Britain, Germany, China and Russia -- agreed during a meeting in New York late Monday to set up a payment system to preserve business ties with Iran despite US sanctions.

The Iranian leader said he was pleased that the international community did not follow the Trump administration's "unilateral and illegal withdrawal from the JCPOA," the Joint Comprehensive Plan of Action as the nuclear deal is known.

"Unlawful unilateral sanctions in themselves constitute a form of economic terrorism," said Rouhani.