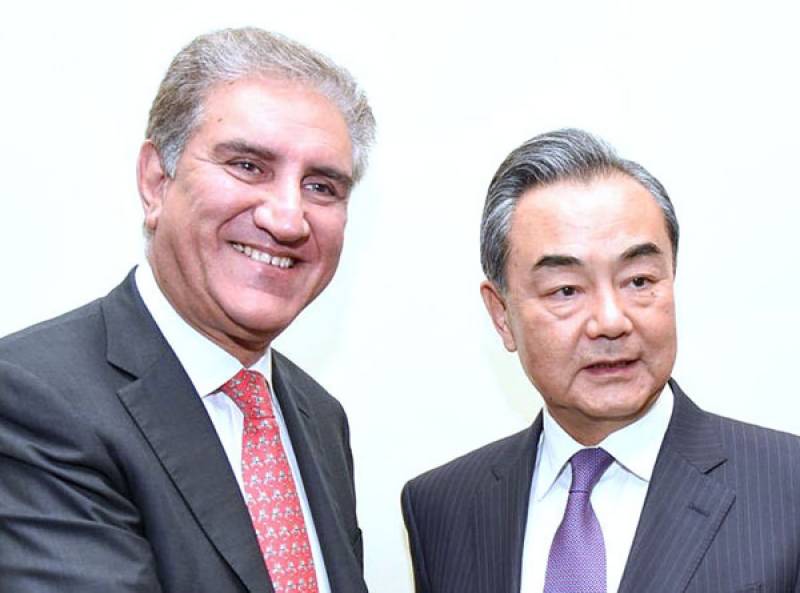 During the meeting, the two leaders had an in-depth exchange of views on the entire spectrum of bilateral relations between Pakistan and China, according to an official statement. Foreign Minister Shah Mahmood Qureshi said that Pakistan-China friendship has deep cultural, historical and institutional linkages.

Qureshi noted that CPEC has added a new dimension and depth to bilateral relations between Pakistan and China. He emphasized that CPEC carries immense significance for Pakistan and would remain a top priority for the government of Pakistan.

He also expressed satisfaction at the robust momentum of the all weather strategic relationship and discussed the prospects for further expanding and strengthening cooperation in all areas of mutual interest. The two Foreign Ministers also discussed the regional situation and the prevailing strategic environment in South Asia, the statement said. Both sides noted with satisfaction their close cooperation at the multilateral fora and agreed to further augment this cooperation.

The two sides resolved to further enhance their bilateral cooperation on all political, economic and cultural and security issues, it added. - APP