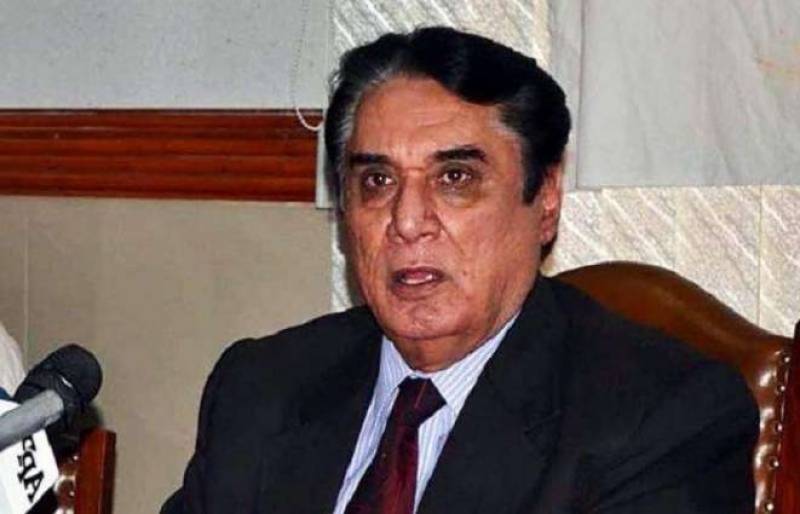 NAB Chairman Justice (Retd) Javed Iqbal on Tuesday said from October 2017 to September 2018 the Bureau has recovered billions of rupees from the corrupt.

The recovery made possible to return the amount to hundreds of affectees of Housing Societies, Cooperative Housing Societies/Modarba scams, frauds and looted money of some government departments.

In a statement issued her, he said NAB has devised a comprehensive National Anti Corruption Strategy which has been acknowledged by national and international organizations like PILDAT, Transparency International and World

Economic Forum in their reports.

The chairman said NAB is a role model not only for the country but also for entire SAARC countries. Pakistan's Corruption Perception Index (CPI) has been decreased from 175 position to 116.

He said Pakistan is the only country in Asia whose CPI is persistently on declining trend. The performance of

NAB has been lauded by SAARC countries including India. NAB had been unanimously elected as Chairman of SAARC Anti Corruption Forum.

The Chairman said a grading system has been started to review annual performance of NAB's officers/officials. Under

grading system, the performance of NAB Headquarters and regional bureaus is scrutinized on monthly, quarterly,

All regional bureaus are informed about their merits and demerits to overcome their shortcomings. Positive results of grading system are being pouring in, he said.

The chairman said NAB has also introduced an effective Monitoring and Evaluation System. Under MES, a complaint

number is being affixed which helps maintain record and proper monitoring and evaluation of performance and receipt to every complainant to ensure transparency.

Justice Javed said he had decided to listen people's grievances on last Thursday of each month. NAB has also established a Complaint Cell at each regional office.

Besides, a separate Desk has been established to address complaints of Business Community at NAB headquarters.

He said the concept of Combined Investigation Team (CIT)has been implemented in NAB for effective workings in order to prevent any influence on Investigation Officers.