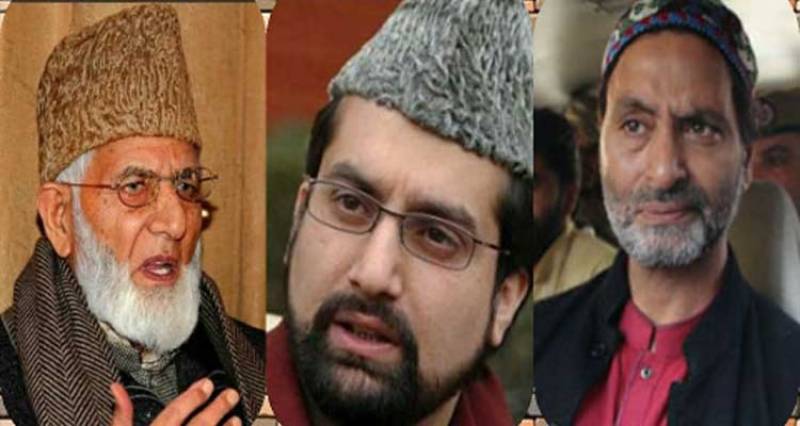 In occupied Kashmir, the Joint Resistance Leadership has appealed to the Kashmiri people to stage complete boycott of upcoming election drama to thwart India’s nefarious designs of using these polls as a political tool to mislead the world community about the Kashmir dispute and the prevailing grim situation in the territory.

In a statement in Srinagar, the leadership comprising Syed Ali Gilani, Mirwaiz Umar Farooq and Muhammad Yasin Malik expressed grave concern over the vile attempts of the authorities to exploit the political, economic and cultural values of the territory.

The resistance leaders also expressed anguish over the vulnerability of a small scale business community of Kashmir working in Manali, Himachal Pradesh, Utter Pradesh, Delhi and the other Indian states to the communal frenzy of the ruling class in India.

Meanwhile, Indian troops have launched a cordon and search operation in Sopore town on Tuesday.

The authorities have also suspended mobile internet service across the town and ordered closure of all educational institutions in sub-division Sopore.